It’s been exactly one week post-surgery (did my surgery last Wednesday) and wow I’ve never been looking forward to the days passing by faster and hoping to wake up everyday feeling better than the day I did before.

So I was talking about how I finally decided to go for the op because I’ll be travelling again soon to Okinawa and Tokyo this month and next month, and I guess I was quite optimistic and adventurous to think that I could recover just in time for Okinawa, which is in ten days time?! 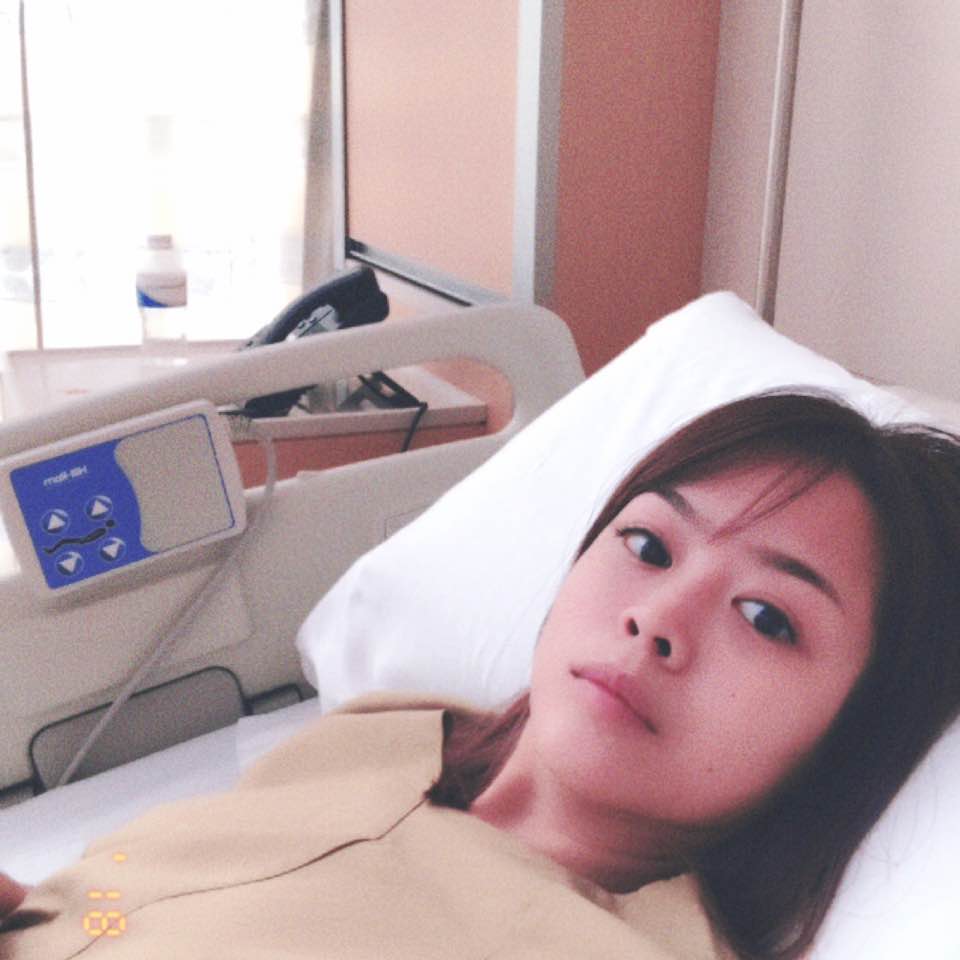 This was me pre-surgery – I was told to arrive at the hospital at 9am, having fasted the day earlier from midnight onwards.

There were the usual admission procedures to be done before I was brought to my ward and then had to change into the hospital gown and wait for surgery at 1.30PM.

Before the surgery though, I was also given an enema – this is to clear your bowels before the op. Fluid is put into your ass and you’re supposed to hold your bowels for at least 5-10 mins but I didn’t last two minutes before scrambling to the toilet 😫

At 12.45, nurses came and wheeled me to the OT and I did feel a prickle of nervousness, it being a very foreign experience for me.

There was another smaller ward where my blood pressure was taken and the doctor and anaesthetist came and spoke to me about the procedure and I think I also had to sign some papers.

Before I knew it, I was being wheeled into the OT and once the IV drip was put on, I blanked out in a matter of seconds and the next thing I remember was being back in the small ward.

The last I remember I was telling the anaesthetist to make sure I was completely knocked out because I’ve gone through an eye surgery as a child AWAKE (didn’t breathe in the laughing gas) and I remember it being very traumatising 😂😂😂 And then boom I went under and don’t recall anything anymore.

At that point of time, I still felt nothing of course, because of the local anaesthetic injection and painkiller I had been given intravenously and the only thing that registered when I woke up was that my teeth couldn’t stop chattering because I was having a case of chills and uncontrollable shivering, a side-effect of GA.

After the nurses gave me some hot air under the blanket as well as an oxygen feed, the uncontrollable shivers slowly subsided – It seemed to take around 15 to 20 minutes or so, but I only know that I was wheeled back to my room close to 4pm, where I remained quite groggy and tired still from the GA.

Started to feel a mild aching at my bottom, it felt sort of like period cramps but around my butt, which was quite bearable actually. I really wanted to get discharged asap but has to rest for a couple more hours and recover from the GA before I could go. The nurse said I had to eat my food and had to pee too before I could be discharged so I took a few mouthfuls of porridge and also tried to pee, which took forever because it was so numb below!! 😫

My doctor came in and told me that the op went very well and he removed four large hemorrhoids and did a fair bit of stitching too. In fact he was so graphic as to tell me that BLOOD SQUIRTED ON HIS FACE DURING THE OP. To which post-GA groggy me just went like.. Ok nice. Good to know?!!

Finally got discharged in the late evening and 👳🏻‍♂️ sent me home where I rested, ate a light dinner of yogurt and crackers, took my meds and went to bed. 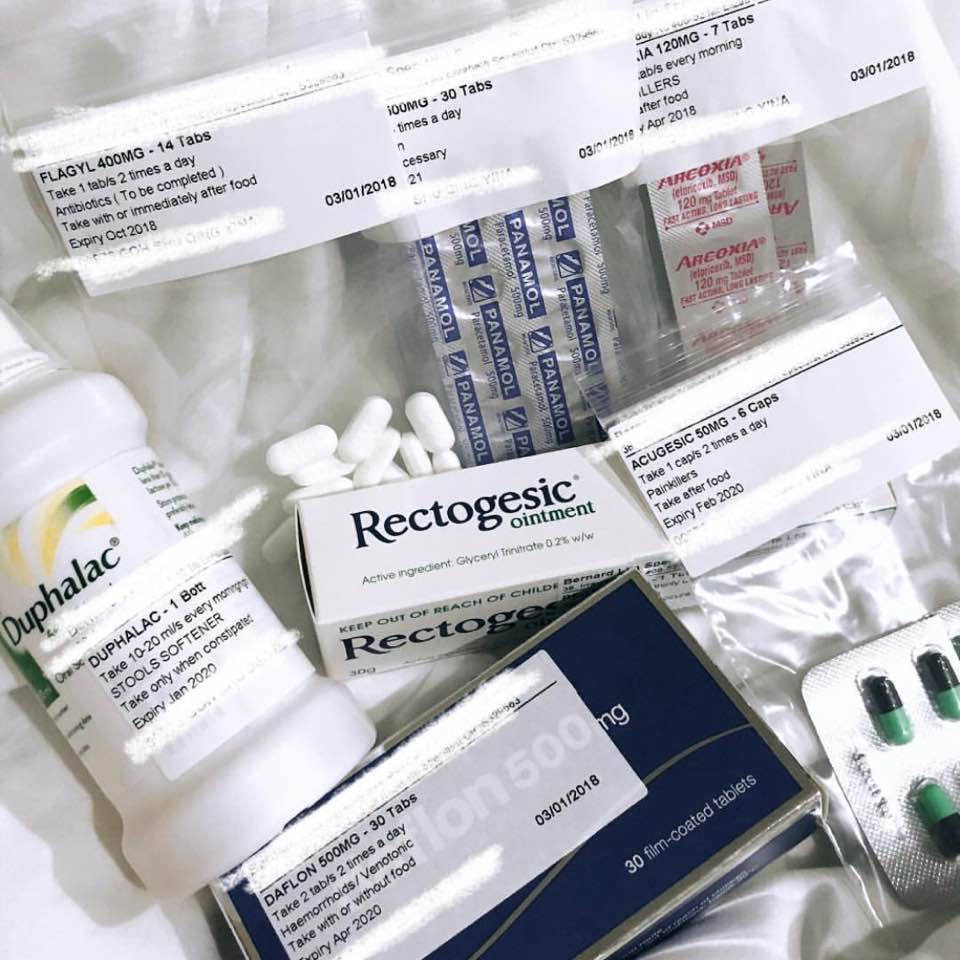 Three different kinds of painkillers that I was supposed to titrate myself accordingly depending on pain level, plus medication to strengthen blood vessels and antibiotics.

The first few days post-op were actually not too bad. Sore butt to be sure, and it was especially troublesome to pee because I didn’t dare to have any pressure in case I disturbed the wound 😰