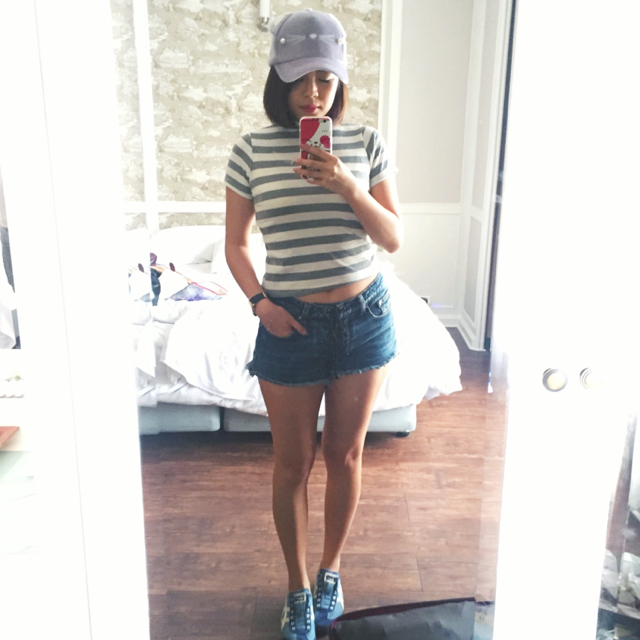 This striped tee is so nice I wish I bought more! It was only 100baht (SGD4!) or something at Rod Fai market. So comfy and the fit is good! 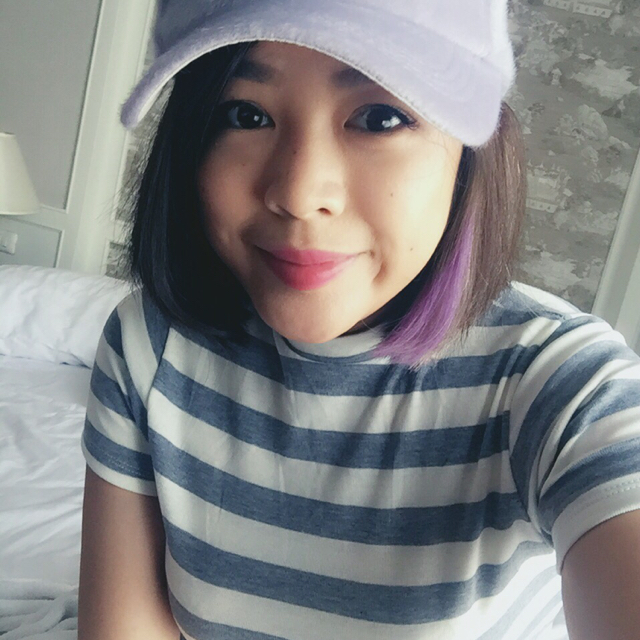 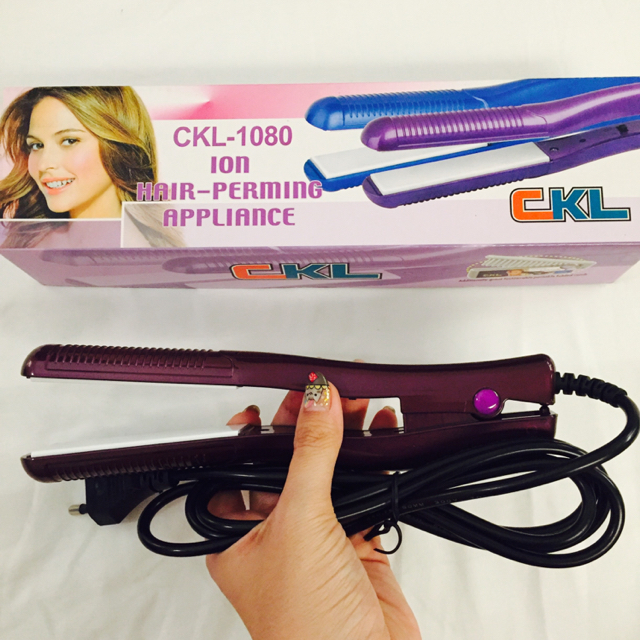 I also tried the hair straightener I bought last night and it works pretty well for being $8. 👍🏻👍🏻👍🏻

Thinking about last night's terrible dinner makes me feel so indignant. We decided to have our dinner at this restaurant right by the roadside and because it was full, the staff asked us to go upstairs to the sixth floor of the building where there was more seating.

Well we were in a group of 6 adults and 2 children so we had to make do.

We were brought to this food court-looking area on the 6th floor, which was empty and looked quite pathetic.

We didn't think much of it, but after looking through the menu, realised that the prices weren't cheap for this restaurant and so we ordered stuff like phadthai, tomyam soup, horfun, etc.

I should have realised that this restaurant was crap when I asked for Basil pork and they only had Basil chicken.

Seriously which self-respecting Thai restaurant only has basil chicken and no basil pork?! 😤😤😤

It was late (10pm) and all of us just wanted to fill our tummies and return to the hotel, and thus I decided to go with the basil chicken lor. Thinking that it's Bangkok after all, it can't go that wrong, right?

Well when the dishes started arriving, we were pretty disappointed because all of them were sub-par. Our stir-fried vegetables looked like they were blanched instead of stir-fried.

When my basil chicken came, it was totally not what I expected. The menu showed a photo of minced meat, (like a regular basil pork/chicken dish) but what came were slices of chicken meat, which tasted hard and dry.

We decided to just eat up and go, but when our last dish arrived (horfun), everyone took a bite and said that it had a strange taste to it. Then Mummy (my mother-in-law) said she saw the "chef" looking clumsy and awkward as she was cooking it, and her colleagues laughing as they watched her cook.

You know my in-laws run a food stall! So they are very sensitive to seeing people cook and basically this person was probably some second or third kitchen assistant who couldn't cook to save her life!

不好吃还不要紧OK. But it tasted wrong, like there was perfume in it or something, eat already later food poisoning or what?!

We obviously didn't want to take the risk so we left two full bowls of horfun untouched.

I was quite angry already at this point but we decided to just call for the bill sua.

When the bill came, it was freaking 2000 over baht!!! That's $80 over dollars for some miserable plates of tze char!

Most number of angry stickers used in one post.

OMG SO EXPENSIVE FOR SHIT FOOD.

I buay tahan already. We were all quite upset about the horfun cos we ordered two bowls of it and it was so terrible!

We had to get angry with the staff, before they took the horfun off our bill and gave us a 10% off the bill.

Later I go walk past take photo to show y'all so that you all don't get cheated like we did 😡 If I remember correctly, the restaurant is called Siam Seafood outside Shibuya hotel.

Right now, I'm gonna bring my family to this local restaurant that we went to previously. Die die must have one good meal before I leave so I really pray that we won't be disappointed! 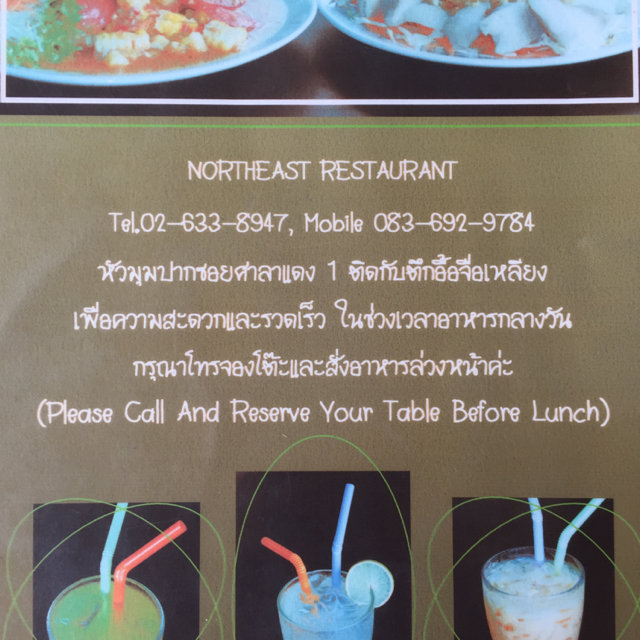 Lunch time! Tuk-tuked over here just for this restaurant!!! 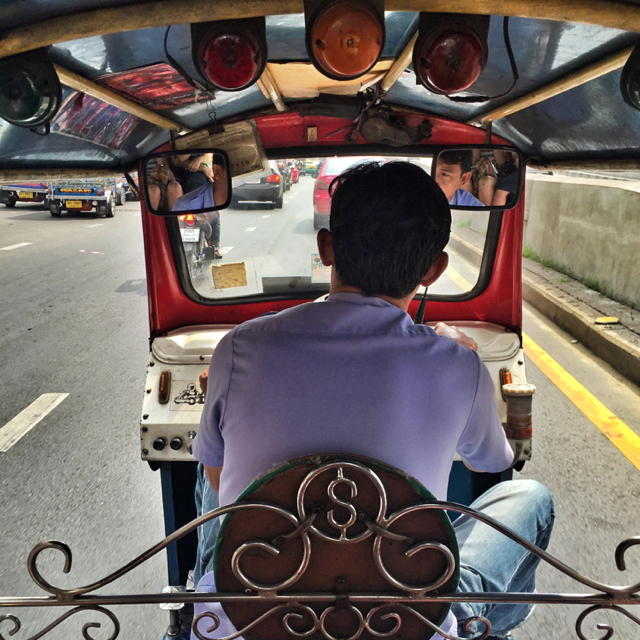 View from the back of a tuktuk! 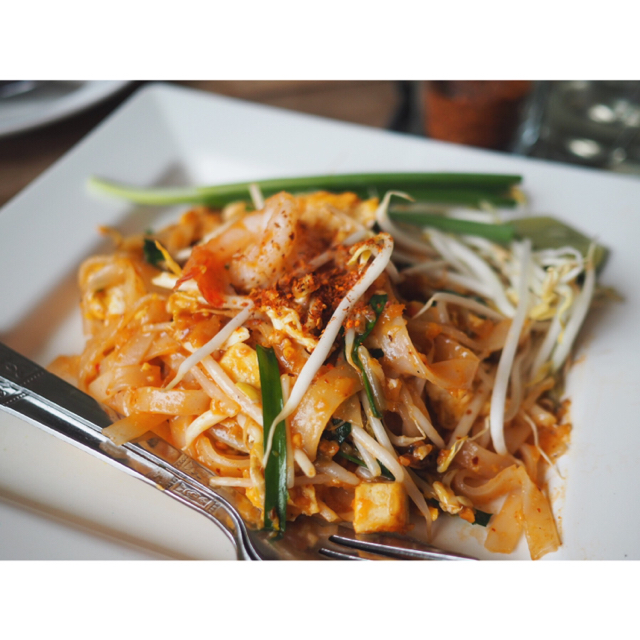 This is what I call real Thai food 😤 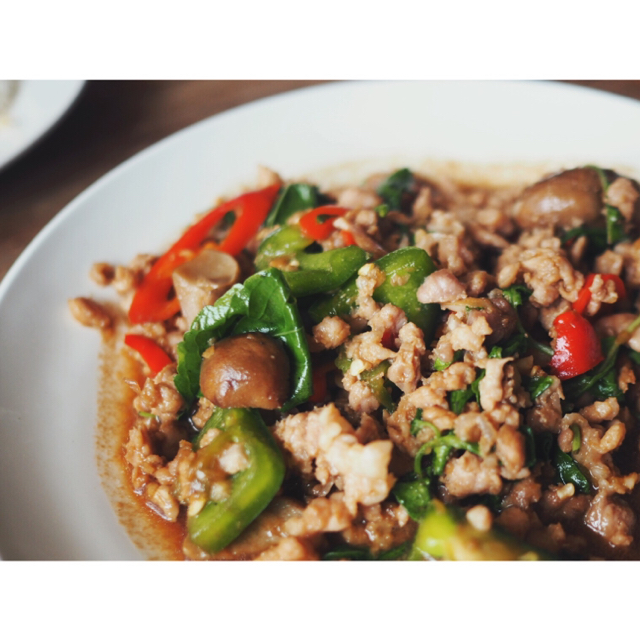 Their basil pork here is so tasty 😍 Not too oily or salty, and the minced pork has a nice crunchy texture!

Prawn omelette. Dunno how they make it so fluffy and fragrant?! We ordered another one because it's so yummy! 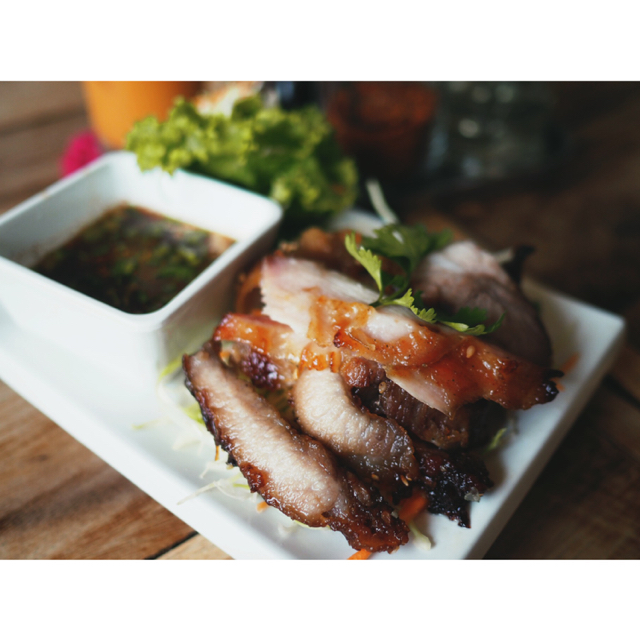 Roasted pork collar that had a caramelized charsiew taste 😋 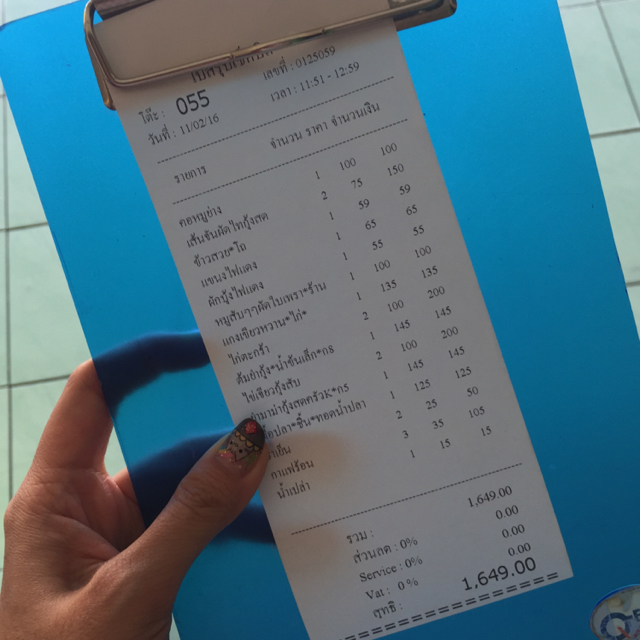 We ordered so so so many dishes today and it only came up to 1649 baht, not even $11 per pax excluding the children!

Compared to last night's dinner which was a total rip-off….. Grrrrrrr. So glad we came to Northeast Restaurant! 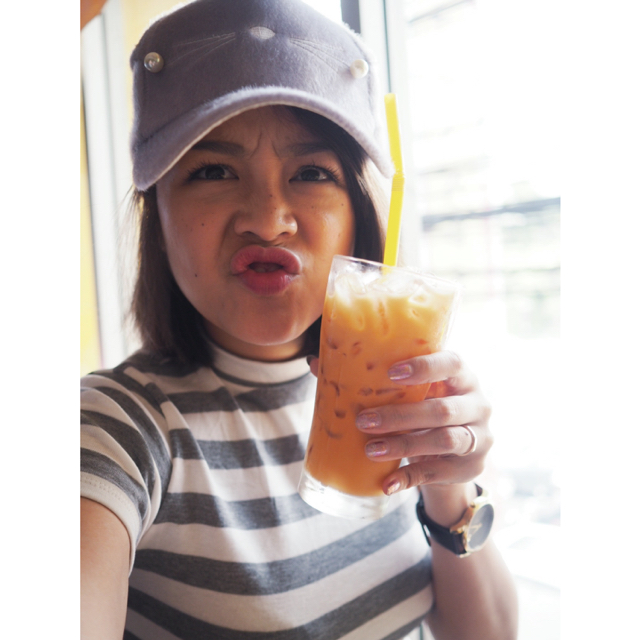 Rounding off a satisfying meal with Thai ice milk tea! The only thing YZ drinks in BKK 😂 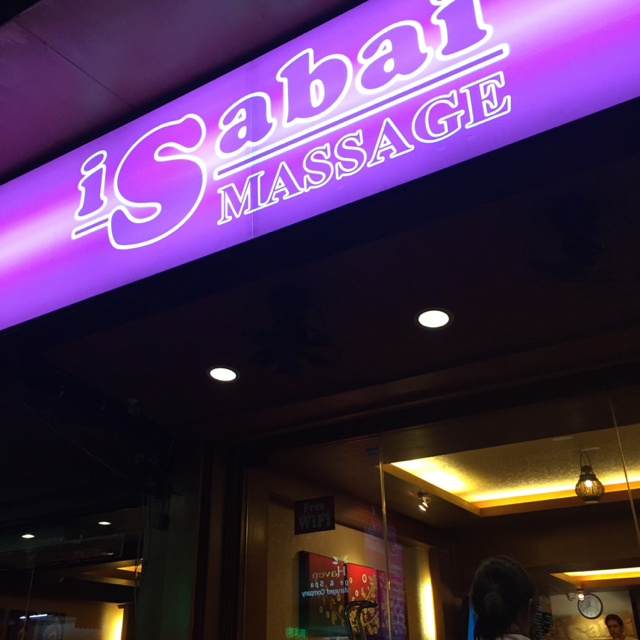 The last massage before we depart BKK. 宁可杀错不可放过! 😂😂😂

Damn solid!! This iSabai is right outside our hotel CentrePoint across the road from Platinum! 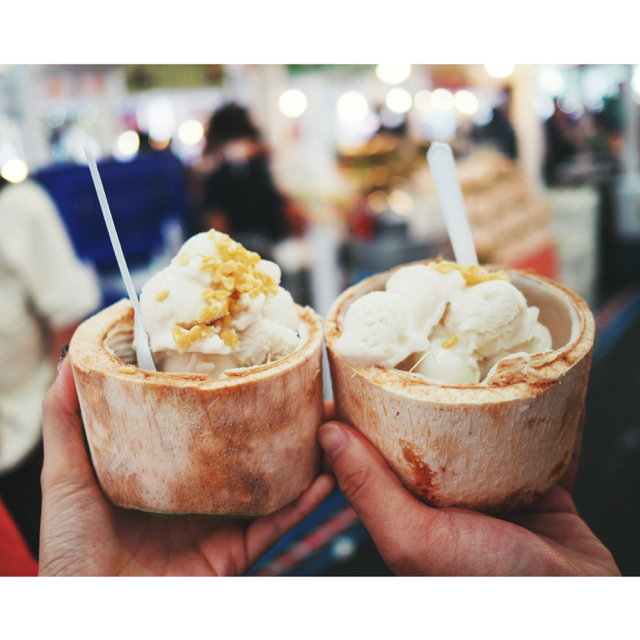 Coconut ice cream outside Central Mall was so good too, 30 baht! Which is $1.20. 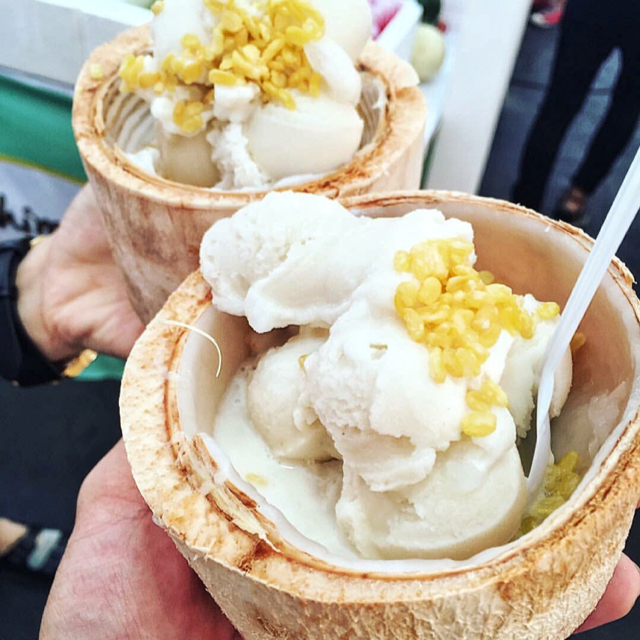 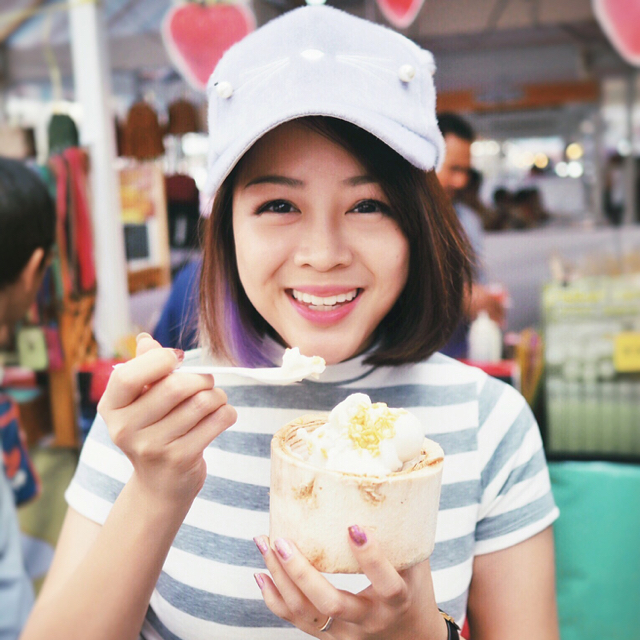 Good thing we bought one each! Easily finished even after lunch and After You 🙊 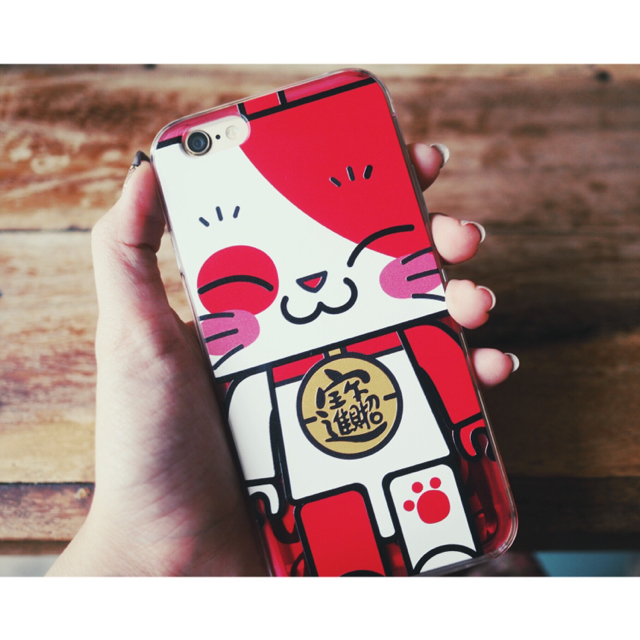 Random iPhone case purchase because it's so cute 😂 Red kitty cat for luck! 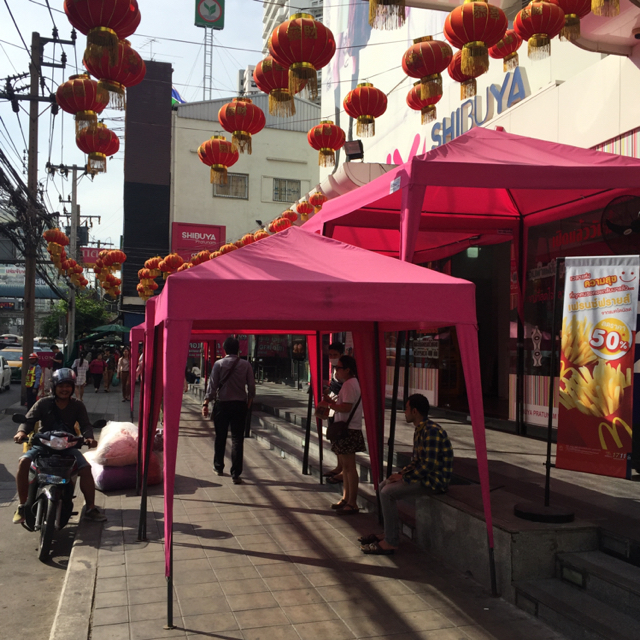 Do NOT eat at these pink tents outside Glow Hotel! (only open at night so I don't have a better photo) Freaking rip-off. 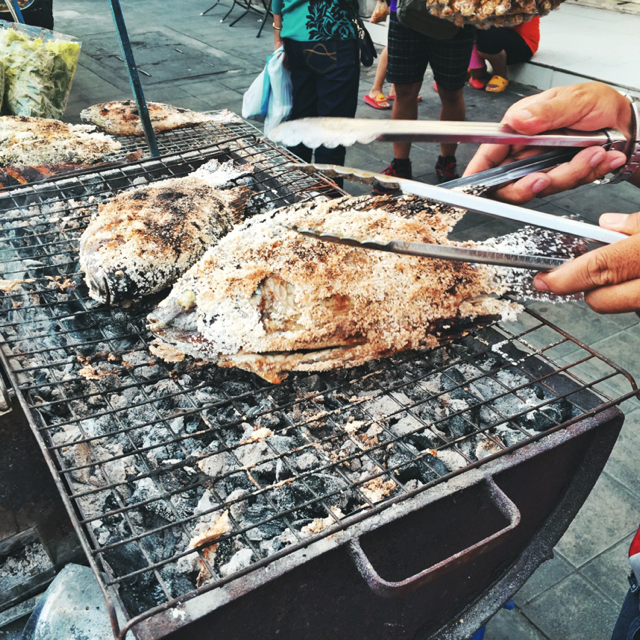 There was a road side stall selling the salt grilled fish for 130 baht. We came back to our hotel area so late last night so the road side stall was closed already! Thought we would order it at scamming pink tent but it was 380 baht on the menu WTF no thank you.

It's damn good with the chilli sauce provided! 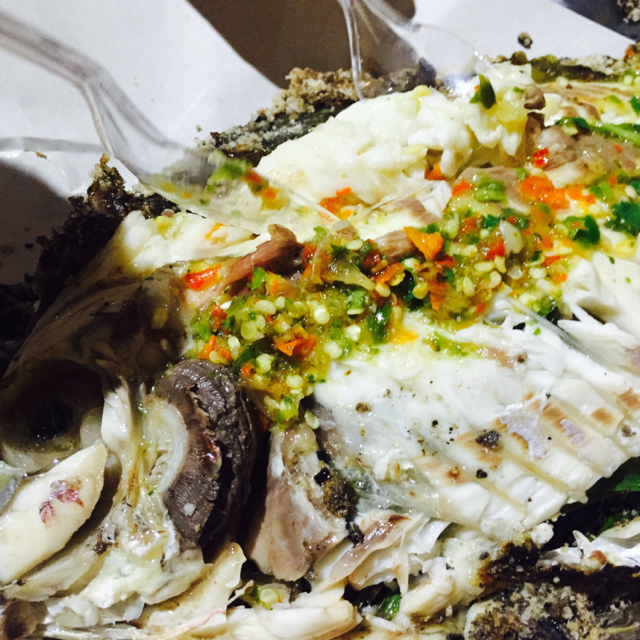 It's so fresh and delicious especially when it's hot off the grill! I could probably polish off one fish by myself 😂 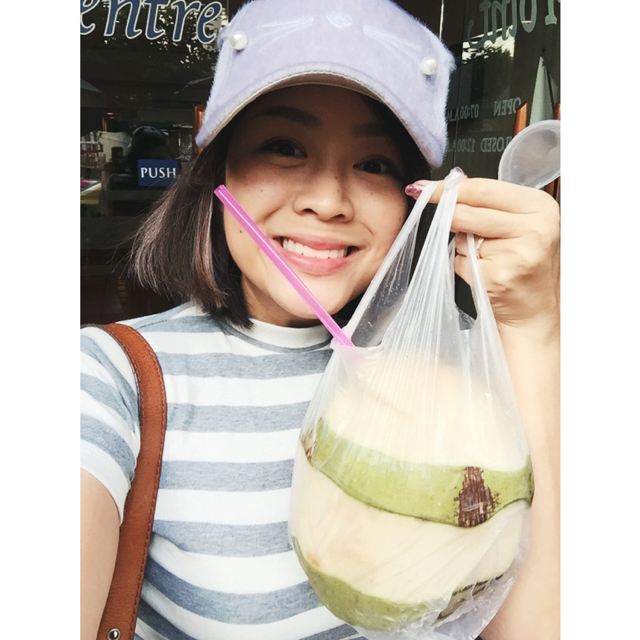 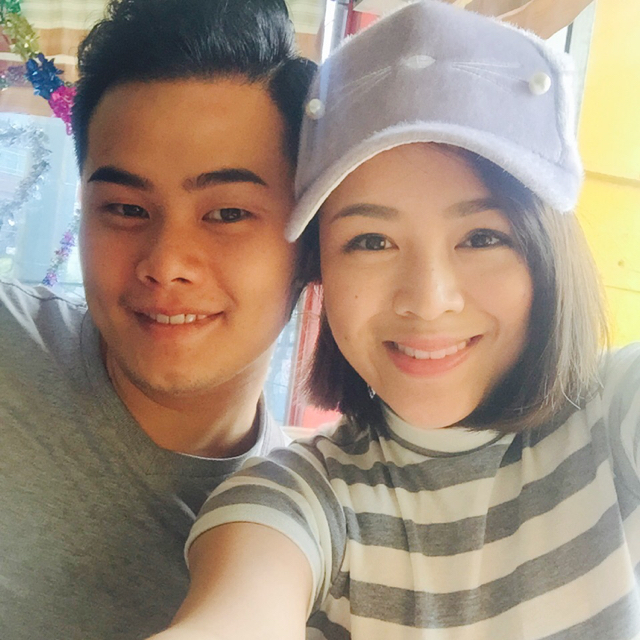