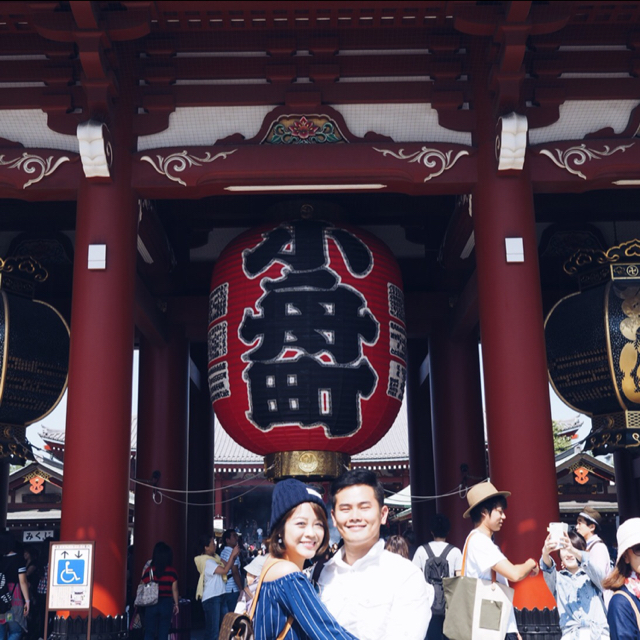 Two days in Tokyo is just too short! It was really hard to decide how to utilize our time in Tokyo. In the end though, we forfeited some shopping time (since YZ doesn't shop much) in favour of sightseeing and also eating 🙊

On our last full day in Tokyo, we started off with a visit to the popular Sensoji Temple!

TBH… It wasn't really worth it because the temples in Kyoto are all so beautiful already. I just thought we might as well because it's YZ's first time in Tokyo.

We arrived at Asakusa at 11 plus am and it was so friggin crowded by then, added to that it was a very sunny and hot day so it wasn't as pleasant. 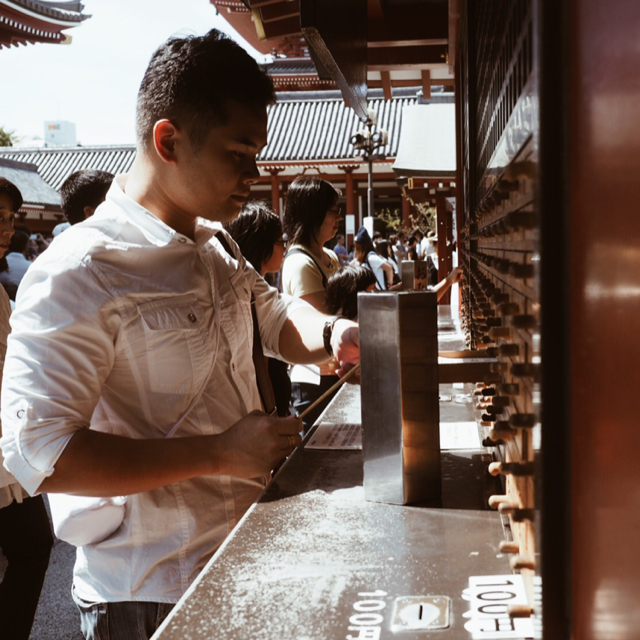 It's amusing because there is no one there for you to pay this amount to, except coin slots on the ledges where you are meant to self-voluntarily drop in your 100 yen.

We figured that most people would just give that 100 yen because after all you are divining for a heavenly lot and if you're so cheapskate as to not pay for it, even if you got a 上上签 also no use 😂

Well we did it all in good fun.. I got a terrible lot and YZ got an ok one. So we balance out.

Unfortunately.. The most "buay-gam-wan" part of our trip happened at Sensoji Temple and that totally made my morning a less happy one! 😡😡😡

What happened was…. WE ATE THE WORST FOOD WE HAVE EVER TASTED IN JAPAN 😭

Recalling this incident makes me upset! 😤

As everyone knows, Japan is the land of good food. Many people say that it is practically impossible to even have a bad meal in Japan because food in general is just of great quality in Japan!

So I know Asakusa is a touristy place and all that. But to be fair to everywhere else in Japan, we've visited some touristy areas too like in Osaka and Kyoto and yet the food was still fine. Some might have been a tad expensive and some may have been not mind-blowing, but never bad. And I've never felt ripped off anywhere else in Japan.. BUT…!!!

Story is: There was a street stall selling skewers of meat right outside the temple entrance, and we were quite hungryyyyy. So out of all the options available, we made the (erroneous) choice of going for the meat skewers, which were 500 yen per skewer (super expensive).

I mean it's just meat right how wrong could it go..?

Well we were sooooo wrong 😭

I couldn't believe it when after we placed our order, the girl at the stall actually took the skewers and stuck them into a metal pot of boiling water instead of putting them on the grill! 😟⁉️⁉️⁉️

We were quite taken-aback and even asked the girl "yakitori??", but she just nodded her head at us and twenty seconds later, took the two skewers out from the boiling water and stuck them onto the grill for a minute before we were presented with the two skewers of meat on a paper plate.

Wah this is the first time I see people cook grilled meat by boiling it first!

So never mind how it was cooked.. We bit into the skewers and they were really the worst thing I've ever tasted in Japan 😭😭😭😭

We had one beef and one pork skewer, and the meat was super tough with a lot of inedible tendon-y bits! Also because the skewers were left out there in the open with bits of ice under them, I could taste that porky taste you get from meat that's not so fresh/gone a little bad.

And it cost us 1000 yen for these two terrible skewers 😔 Could have had a gyu-don at Matsuya and have a few hundred yen change to spare.

YZ and I don't like to waste food usually but even we couldn't stomach how bad the skewers were and we didn't manage to finish them.

It was really money gone down the drain and made me feel upset because I could have used that money and stomach space for way better food easily anywhere else in Japan!

Also the only time I felt so ripped off in Japan. Boohoo.

Literally left a bad taste in my mouth and I don't think I'll go back to Sensoji/Asakusa again.

But well.. What's done cannot be undone and what's eaten cannot be uneaten. It's just that bad food in Japan is so so rare that I felt super buay-gam-wan hahahaha.

We made up for it with a super good lunch so that made my day so much better!! 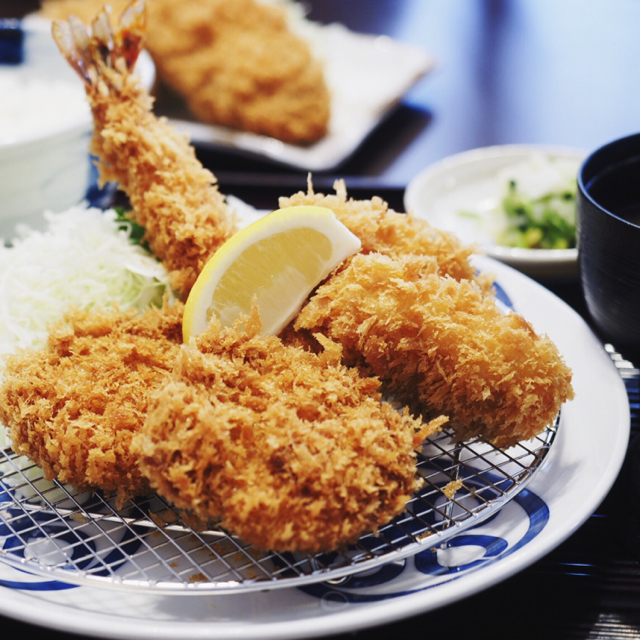 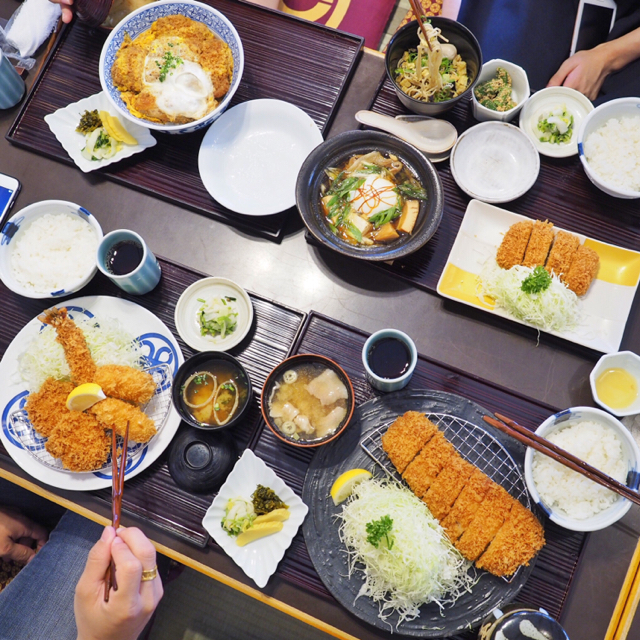 So well-fried that it was super crispy and didn't taste oil-laden or soggy!

If you go to Maisen, you need to order the Okita-Kurobuta Tonkatsu! It's one of the most expensive Tonkatsu at Maisen. The set cost about 3000 over yen, but it was probably the best Tonkatsu I've ever tasted.

The meat was so soft and juicy, not tough at all! And encased in a light and crispy batter! 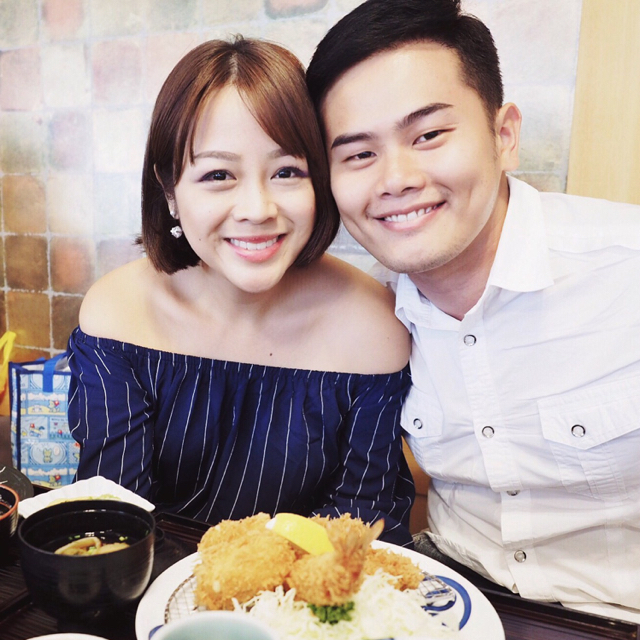 Happy again with good food in front of us 😁 Our mission in Japan this time was really to eat good food to our hearts' content.. 😂 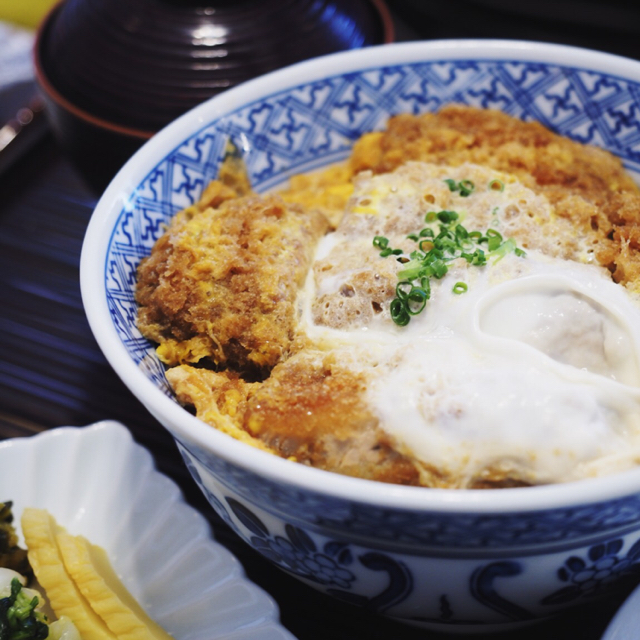 It was such a fantastic meal! Also, the cabbage salad and rice is free-flow and YZ loved the rice so much that he had 2.5 bowls 😳 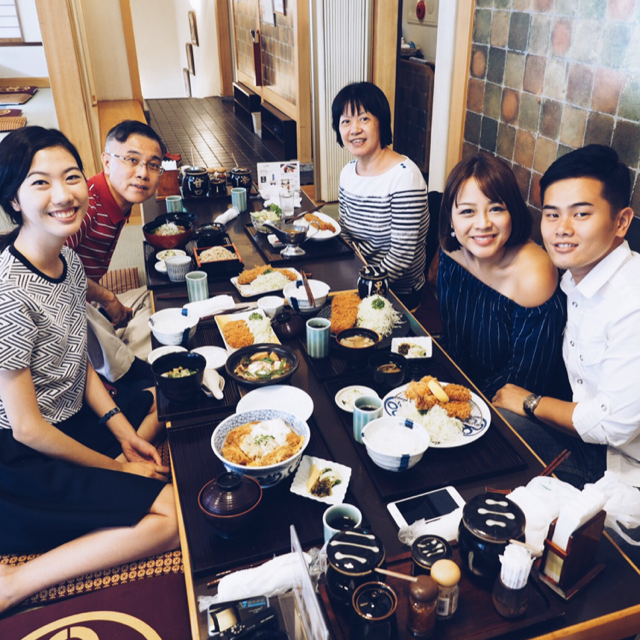 We spent quite some time together in Japan and enjoyed many meals together. Maisen was Woon's recommendation and we had such a great meal there!

After lunch, Woon brought us to a hidden coffee place 😍 Omotesando Koffee! 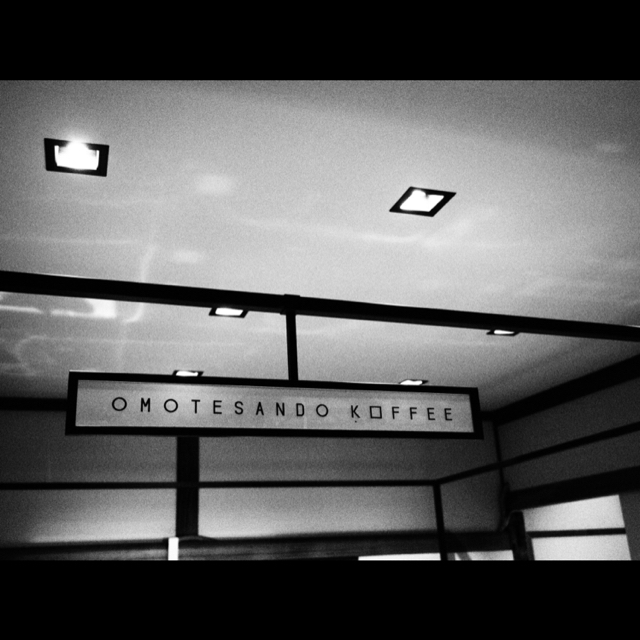 Omotesando Koffee is so hipster! It's situated in a tiny alley at Omotesando and is actually the first level of the owner's home!

It's strictly take-away only because there are no seats within the compound save for a bench in the front yard/garden. 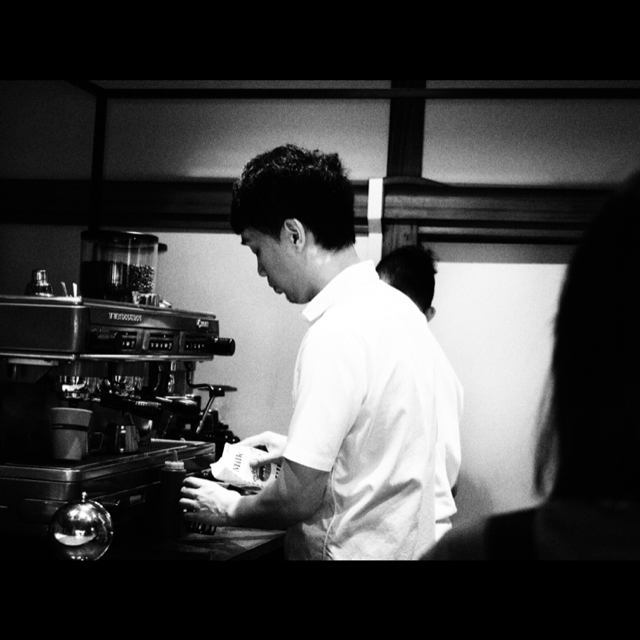 It was super crowded though! 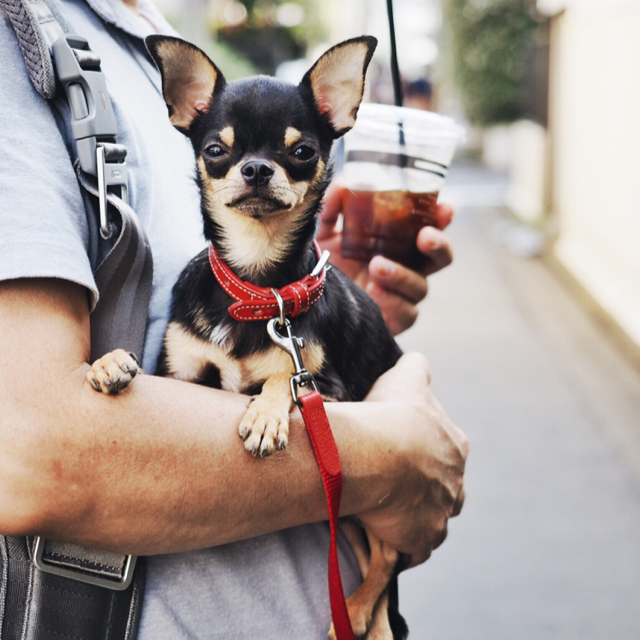 I was waiting outside the coffee place while Woon was getting us drinks, and made a new friend!

This cutie is called Punch! A 9 month old chihuahua and the owner was so amused when I showed him photos of my Fattie 😂 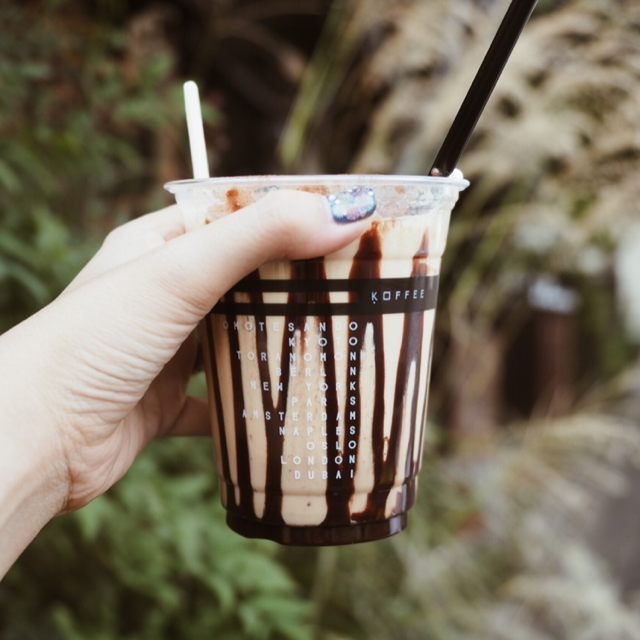 My iced mocha was SO good!! Not a huge coffee drinker but I loved the mocha 😍 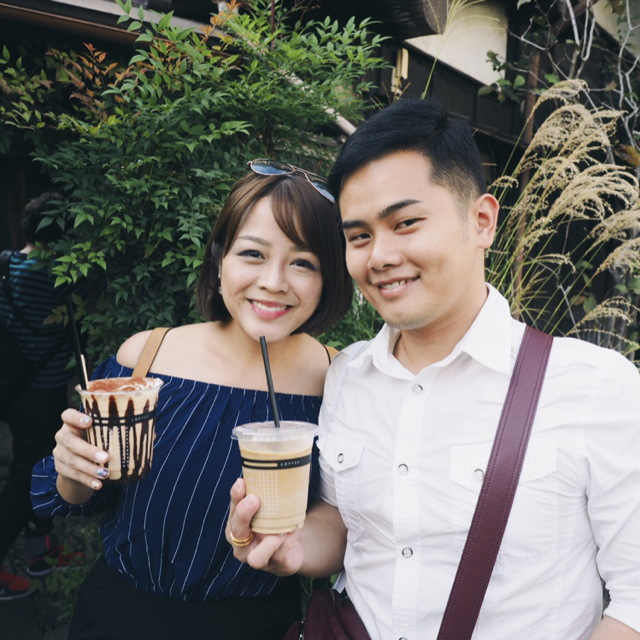 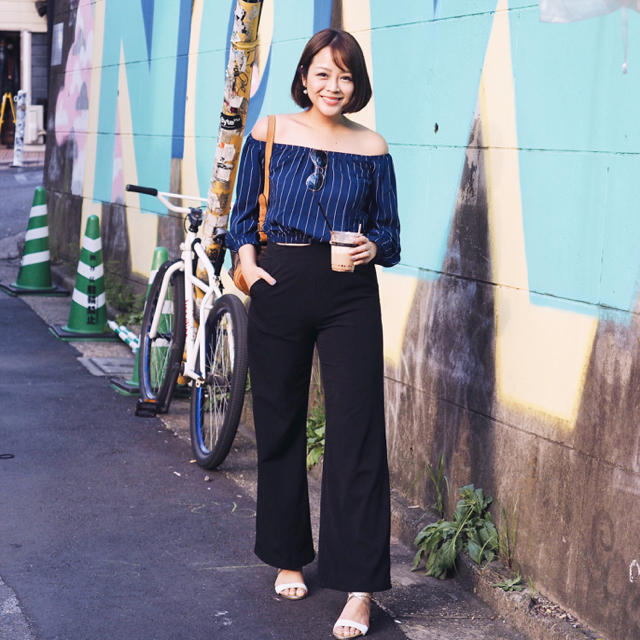 Coffee in hand, tummy full and happy. Okay, more than made up for a bad morning!

These palazzo pants are the only pants I wear at all. Aubrey Palazzo Pants from TVD! 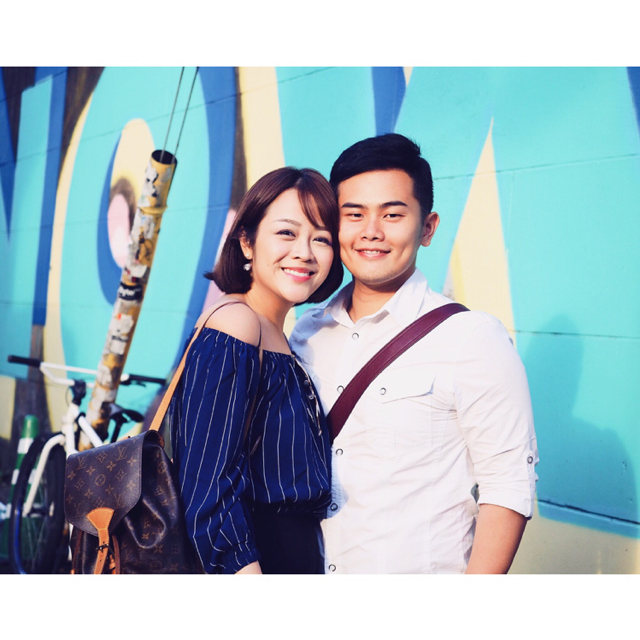 We went shopping at Omotesando after lunch and coffee!

Actually, we only ended up at one place.

For this entire trip, I didn't shop at all!! Didn't even step into a single drug store or makeup shop because frankly speaking I have tons of makeup and beauty products already 😂 The only stuff I bought on this trip were our USJ memorabilia and two boxes of contact lens from Donki.

So I was determined to leave with something at least 😂 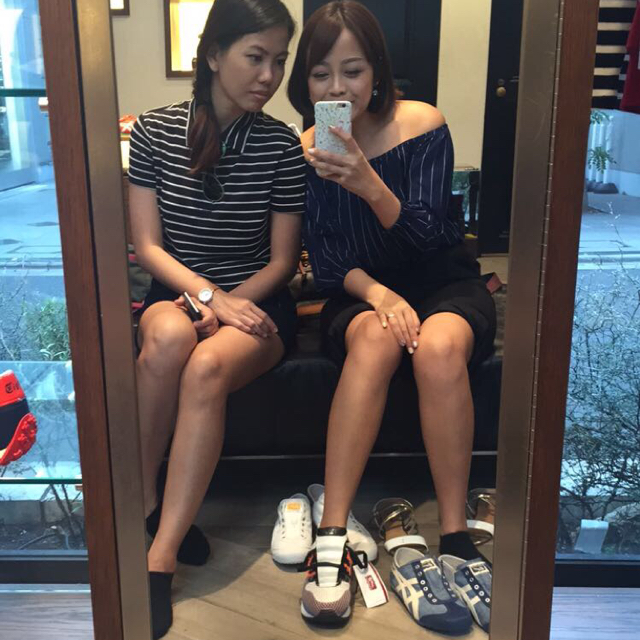 We were at Onitsuka Tiger for probably one and a half hours!! Trying on copious numbers of shoes 🙊 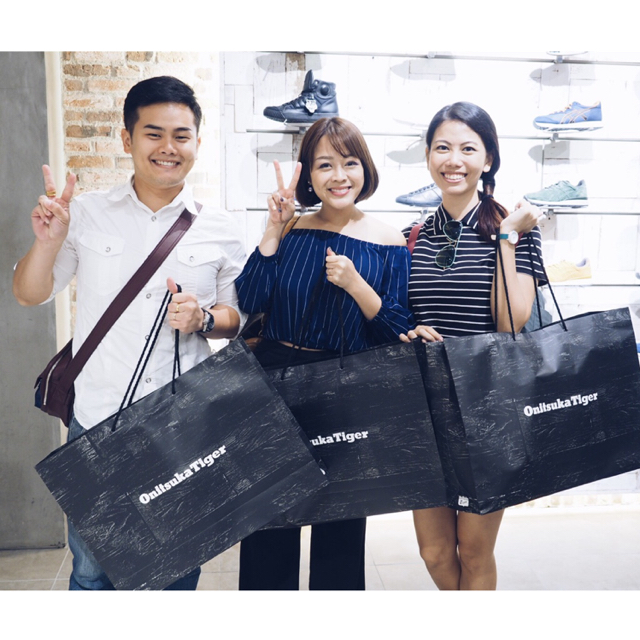 Our determination paid off.. Each of us left with TWO pairs of shoes!!! Teeheeeee.

But I thought that my shoes were super good buys! 😍 Plus, they were my only buys from the entire trip 😆 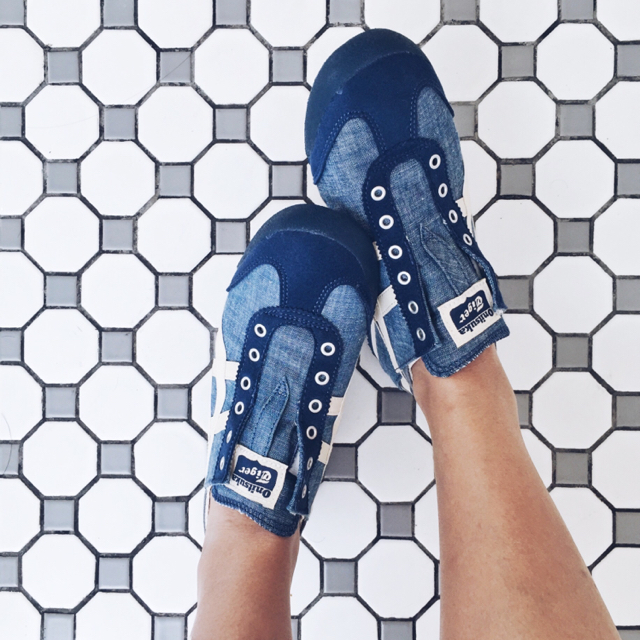 I loved this design so much I bought it in two color ways! ❤️❤️❤️

There was tax-return on our purchases too so I thought it was quite worth while. The shoes are so so comfy!

I like the look of tennis shoes/sneakers, but I'm way too lazy to wear laced up shoes 😅 So this is the perfect shoe for me! It's designed as laceless slip-ons but has a sporty feel because it still retains the look of a tennis shoe/sneaker 😍 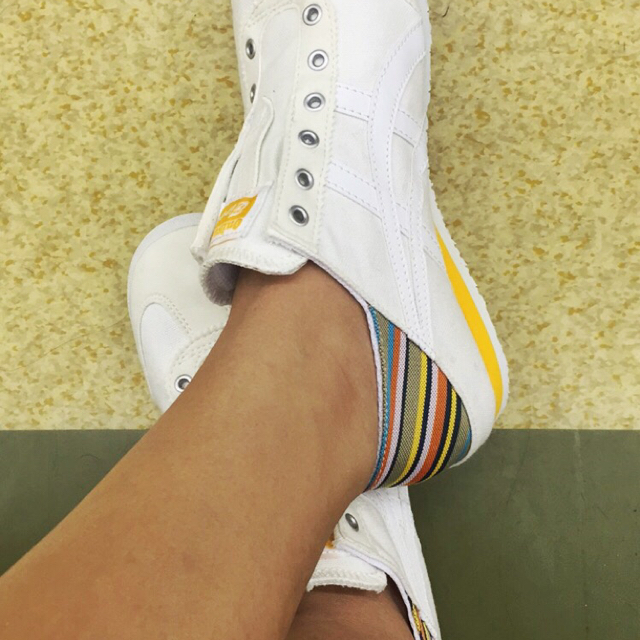 太喜欢了 😍😍😍 Struggled so much over whether I should get the white pair of shoes or not because white shoes are just too super high maintenance! But I couldn't resist so I bought them in the end.

I've already washed this pair of shoes once because they seriously get dirtied so easily!!! Hai. What to do. I really love them! 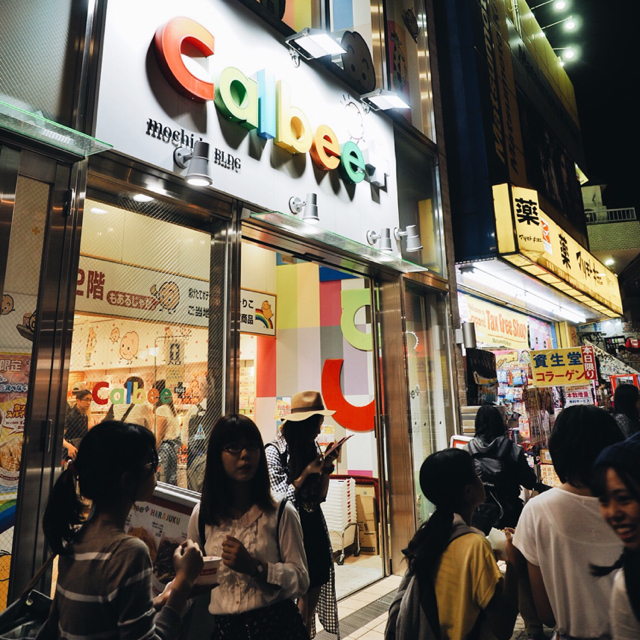 By the time we got to Harajuku, it was already quite late! Around five plus six I think? Didn't really have time to shop around but I made sure we went to the Calbee store! 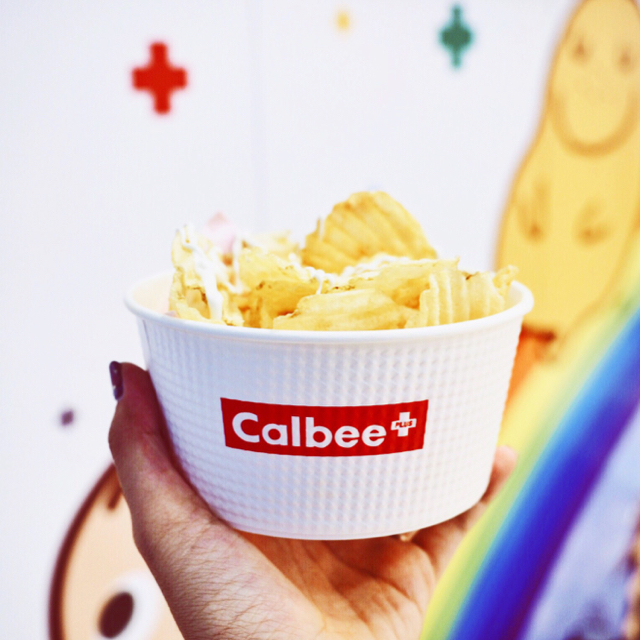 I felt that they could have afforded to be more generous with the sauce toppings! Only the top layer of chips had the maple syrup and cream cheese on it, you could hardly taste it when you got through the first couple layers of chips. But freshly fried and hot chips are still good! 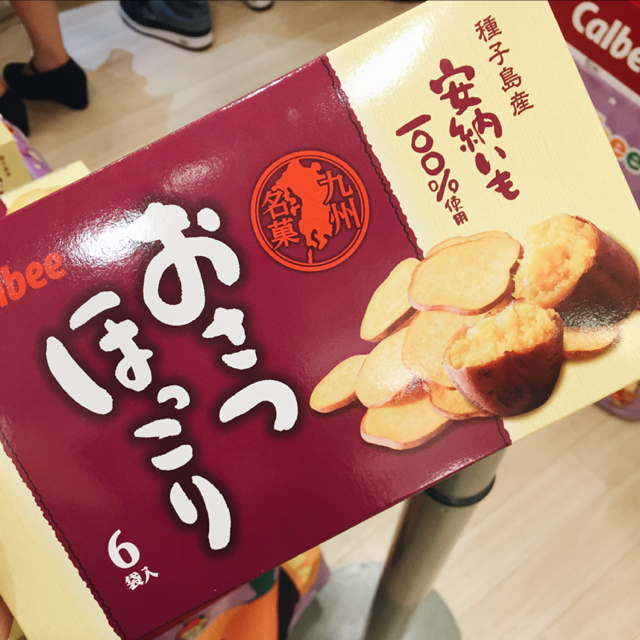 On @evonnz's recommendation, I also got a box of these sweet potato chips! And they are really good! 😍 They're like thick cut sweet potato and you can taste the sweetness and starchiness of the sweet potato except they have that extra crunch!

Anyone going to Japan soon, can help me buy a box back? 🙆🏻🙆🏻🙆🏻 I wish I bought more but we were in a rush so I only grabbed one box without thinking too much! 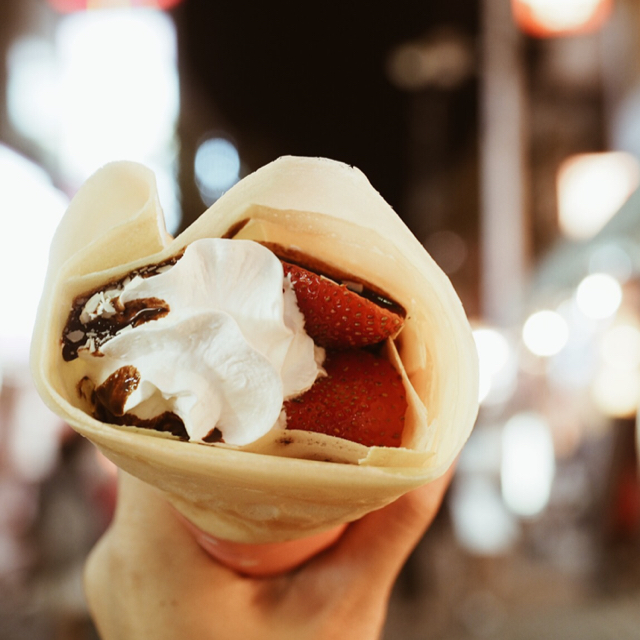 My stomach didn't even have time to feel hungry because right after the chips, we had to buy crepes!! We HAD TO, because crepes are like the traditional must-buy street food at Harajuku you know?

And this was just before we went off for dinner at Shinjuku! Last full day in Japan… The mentality was really like "If I don't eat it today I will never get to eat it ever again!"

The crepes were surprisingly good though! 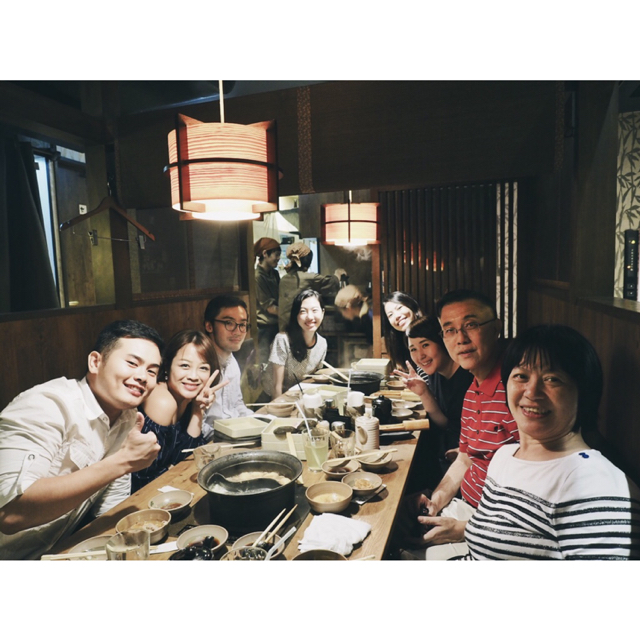 I can't believe that after all that non-stop eating, we actually ended up at a shabu shabu/sukiyaki buffet restaurant for dinner! 😱

Woon's Japanese friends wanted to bring us out for dinner, and we had a crazy amazing buffet dinner at Shinjuku! 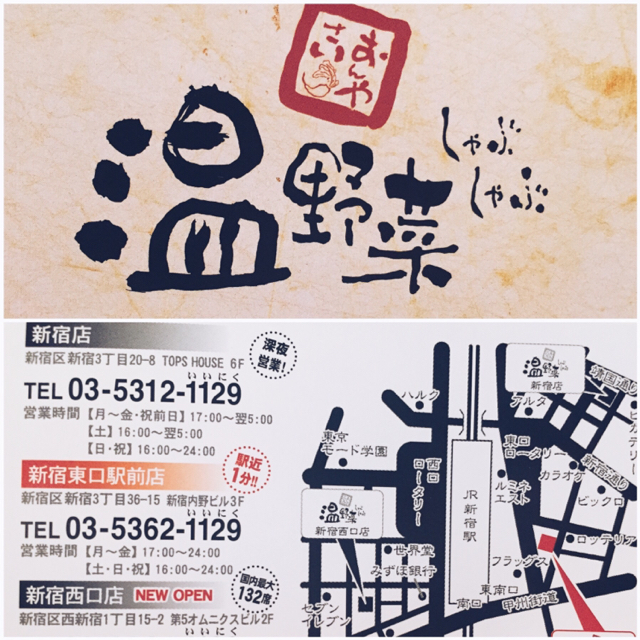 Snapped a photo of the restaurant's name card so that I could share it with you guys! I don't even know what's the name of the place because it's all in Kanji! 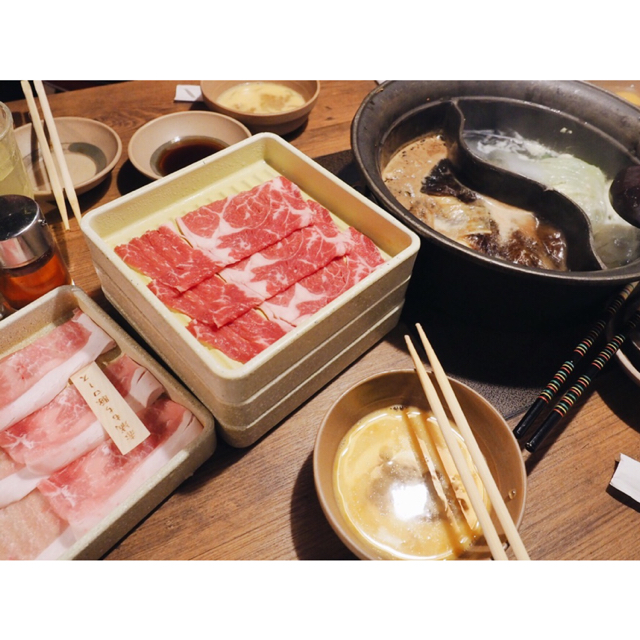 The meat was SO GOOD QUALITY!!

I think we took the option that cost around 3000++ yen, and the cuts of meat that we could order for the price we paid was definitely very worth it!

It's not like in SG (Sukiya) where there's just one cut of beef, pork or chicken available, and it's usually quite a mediocre cut that's thinly sliced.

The meats we ate were of good quality and cuts and it was FREE-FLOW!

It was a huge pity that I was still quite full from everything else we ate earlier, and I couldn't 尽情享受! 😭 I love meat buffets! Next time I will make sure I return with an empty stomach so that I'm ready to devour everything!

After dinner, we went for KTV: our first time in Japan! 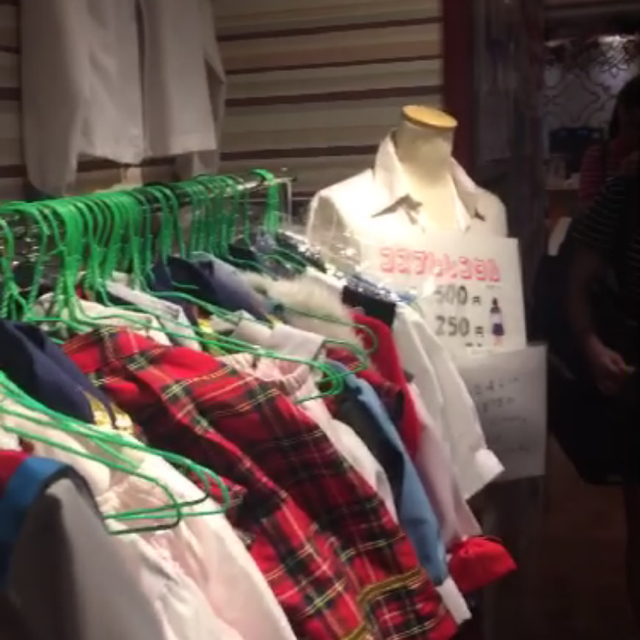 Now this is super funny. At the Ktv that we went to, there was this rack of costumes that you could rent for use! I suppose it's for the hardcore otakus who want to dress up as their favorite anime characters while belting out OSTs or something??

The Ktv had a pretty good sound system though and they even had quite a wide selection of Mandarin songs even!!! I was impressed 👍🏻 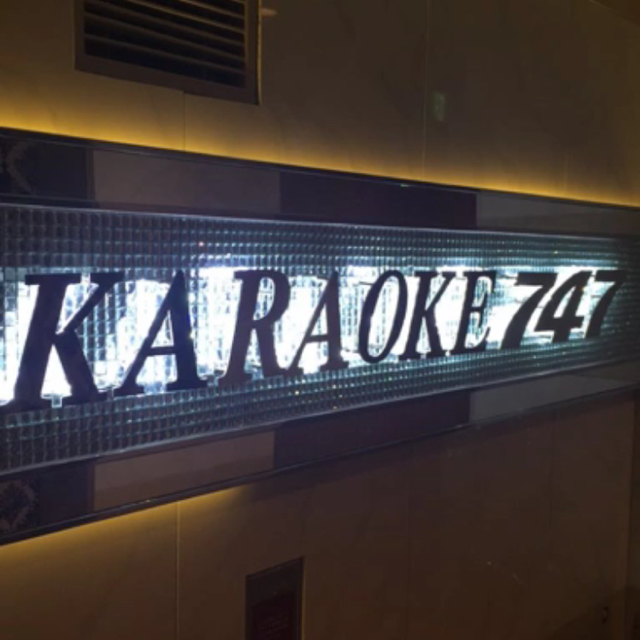 It wasn't very cheap though and for two hours of KTV, cost almost 3000 yen per pax if I remember correctly!

That ended our last night in Tokyo 😭😭😭

Because YZ and I were still so stuffed, we decided to crazily walk back home to our apartment from Shinjuku to Ebisu, and it took us 1h 40mins to reach home! 😂 But the weather was soooo good that we actually enjoyed walking almost 6km back!