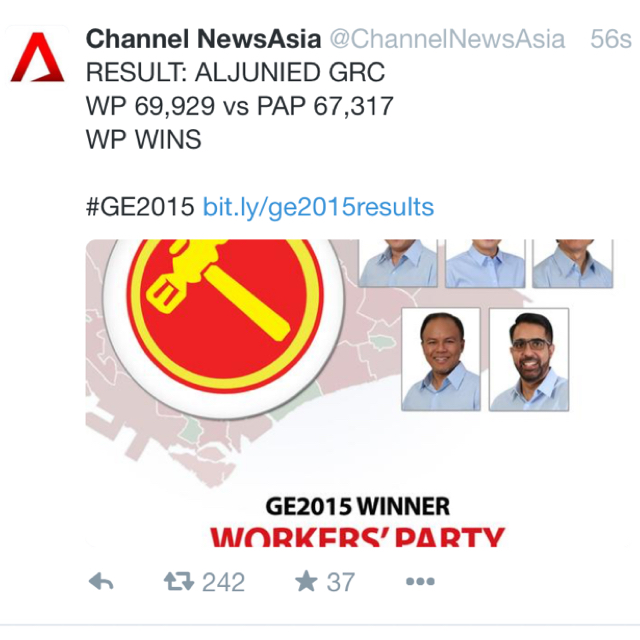 Heard a damn loud cheer outside my house. (I am from Aljunied GRC)

It was a good fight this year. Just by 1%! PAP did well in this election, but so did WP, by fighting on and keeping Aljunied.

May the new government bring about better lives for all Singaporeans in our next five years.

In my own personal opinion.. I think this could be one of the best hoped-for results.

A majority vote for PAP, but still some non-PAP seats in the government to remind the PAP-formed government that they are not the absolute rule and that tides may shift in the next elections five years down the road, should any competent candidates step forward to challenge them.

Speaking of which, RP annoyed me so bad with Jeyaretyam's sore speech after RP lost in their contested GRC.

"Singaporeans got the government they deserve so I don't want to hear any more complaints." – K. Jeyaretnam, Reform Party