It's Monday but I'm still recovering from the weekend! Lol 😰

Event at Etikit was an awesome catch up with some of my fav girlfriends plus I made new friends too and met some people for the first time! 😁😁😁 *waves at @mmodissa*

The pretty set up for the launch of Thea by Thara, a thai label that's now stocked at Etikit! It's quite nearby GetKlarity's office so I'm pretty sure I'll pop by to try on the pretty pieces soon, it was a little too crowded on Saturday for that!

I loved the fabrics and textures used, just so airy and pretty! 😍

So right after we left the event, @evonnz drove me straight over for check-in at RWS Hard Rock Hotel where our hen's night partaaaayy started 🙊🙊🙊

They say what happens in Vegas stays in Vegas right?

YZ was SO worried when he heard that I was checking in at a hotel and not returning back home for the night 😂 Too bad mister! You gotta deal with it ✋

But I figured I can share just a few snippets of the night that we have hashtagged #yinagoeswild: again not much of a point since there ain't gonna be a lot of media circulating around online 😁 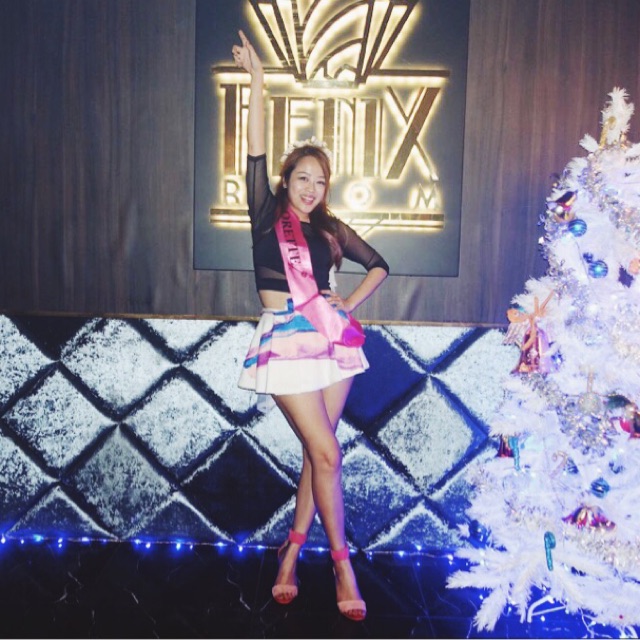 The girls got me into a special outfit just for the night…. 😑😑😑

Background story is, I might look like I do but I have never actually gone clubbing before for real! And my girlfriends were determined I at least do it once in a lifetime hahaha. And of course it being the last time I can "go wild" before I become a mrs! 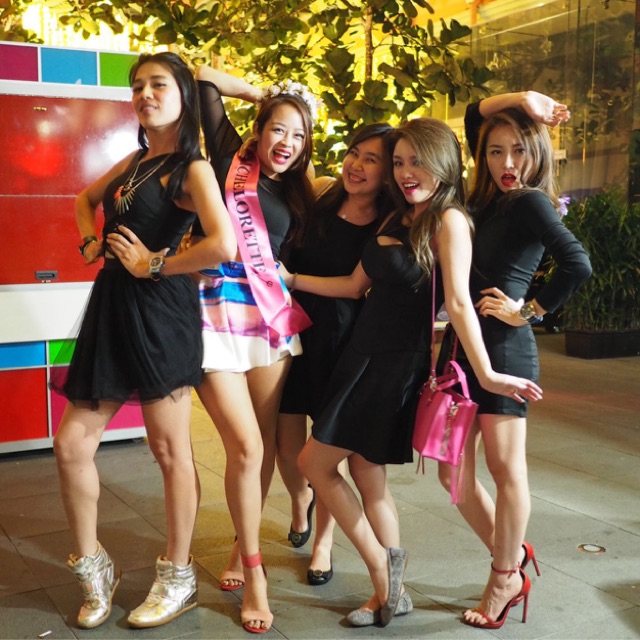 All I can say is.. I knew there was a good reason I never really clubbed before. LOL.

Nahhhh. I had a really fun time!!! But it was all the company of these crazy awesome girlfriends!! (Both crazy and awesome.)

By the way, @yingdan made this special floral headpiece with mesh veil especially for my special hen's night!!! 🙆🙆🙆

The girls making me put on the absurd bachelorette sash and of course crowning glory of floral head piece and veil!

And the very first thing I did that night was to get dragged onto Hard Rock Hotel's live band for a song….. 😑 I knew it was coming 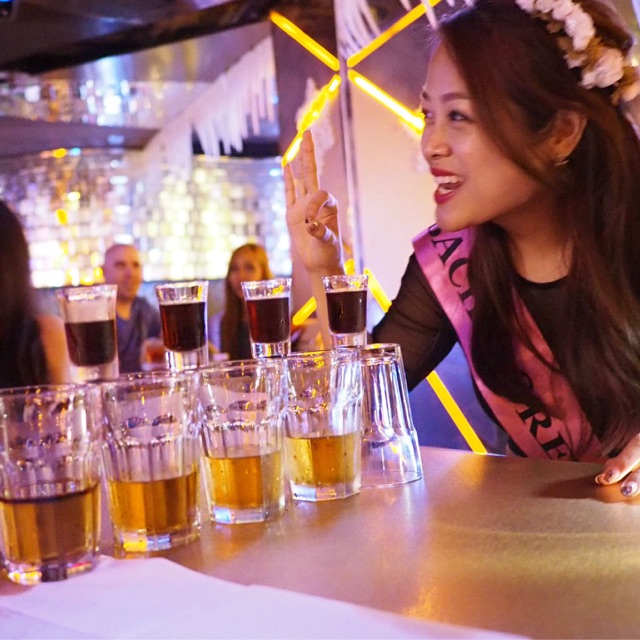 We headed down to CQ and I had TWO Jagger bombs to get started on. 😲 Yikes, super sweet. I don't like red bull!

I lost count of how many drinks I had! Toooooo many. On a plus point, most of them were freeeeee 😂😂😂

Me and the craaaaayyyyy girlfriends

At the end of the night which was like 4am or something before I took a taxi back to hotel with @trishaliang and @evonnz and literally just crawled into bed and refused to move.

Evonne: *puts makeup remover on cotton pads & hands to me* Nah remove your makeup. And your contact lens!

Me: *eyes closed* Okay give it to me. *wipes off and then stops moving*

Not bad right? I look quite sober still. But that's after I puked out a fair bit of the alcohol inside LOL too much alcohol in my system ✋✋✋ 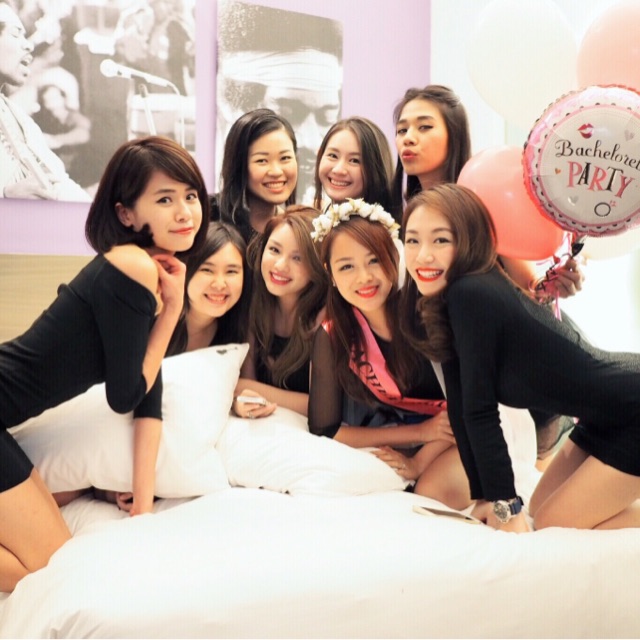 No explicit details nor telling photos shall be mentioned/posted 🙊 So here's another sober photo before the craziness started. Though I have to say that these girls don't really need much alcohol to get high on 👉 @minpoh @withlovetricia

So we slept at about 5am and can you believe I was up and awake at 7.30am or something cos I needed to get home for 过大礼!!

Now I don't really get hangovers but this was probably the closest I've ever come to one. But I still dragged my butt back home in time!

My aunt helping to prepare the traditional stuff for 过大礼! Technically it doesn't involve me but I guess I needed to be around still haha. 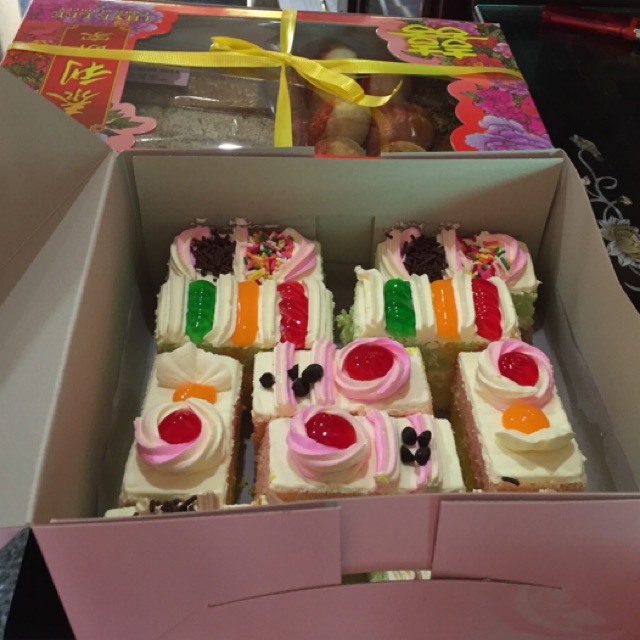 And old-school Teochew confectionery which are really tasty actually! 🙊

The only good thing about the post-party hangover is my appetite was really bad for lunch. LOL. So I got to experience how it feels like to not have an appetite which is super rare for me cos I usually have a very good appetite 😂

And today, I was wondering why my abs were so achy tho I didn't exercise or anything. Thought about it and realised that it must be the aftermath of hen's night. 💃💦 Too much going wild ya 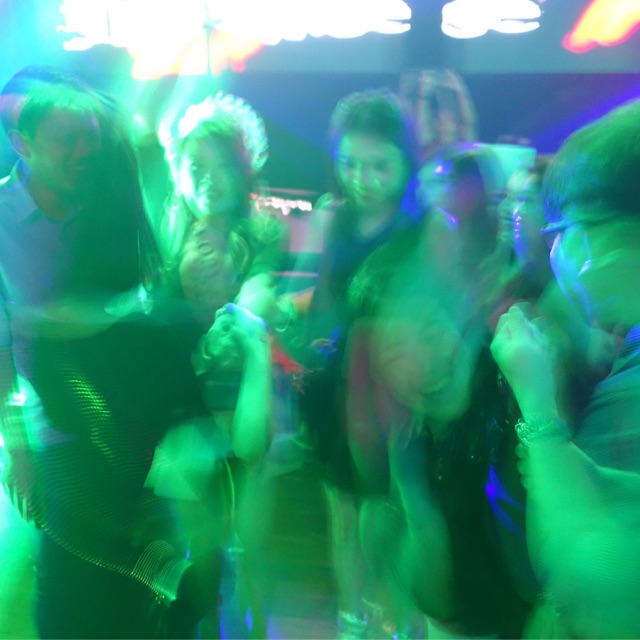 My girlfriends are super embarrassing but I love them anyway 😂😂😂

Can't wait to see how y'all are gonna torment the men on the big day 🙊 Just 10 days more!