Sunday was R&R day! #yinagoestoseoul YZ and I walked out for breakfast at around 11am, and ended up at…. A BBQ restaurant 😂😂😂

Got people eat BBQ for breakfast one mah? Anyway, don't care. Just whack only. How often am I in Korea!

It was an expensive meal though. About 53,000 won? And we had serious language barriers on our own.. 😑 YZ decided to order the most expensive thing on the menu and it came looking a little too exotic for our taste…. 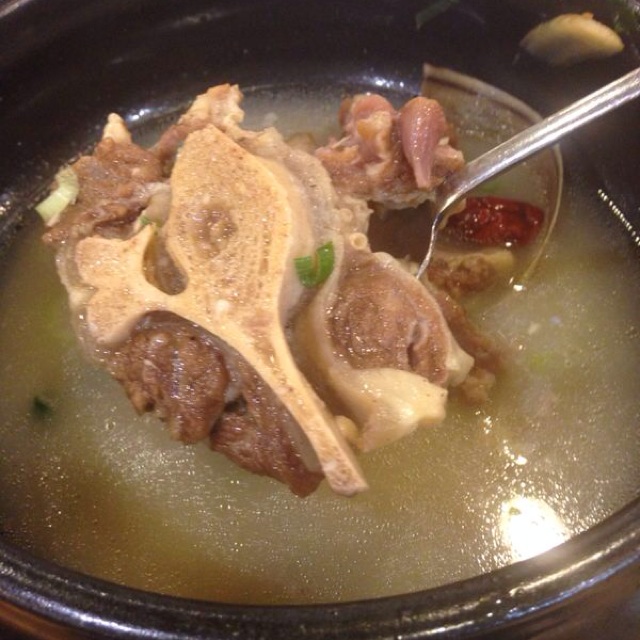 It didn't taste that bad.. But did raise our eyebrows when it arrived on the table 😏

Found somewhere to get a shampoo and blow-dry near the apartment, it took us some time to find a salon that was open cos many of the shops are closed on Sundays. This salon was run by just one person and my shampoo/blow-dry was pretty cheap, cost 25000 won! 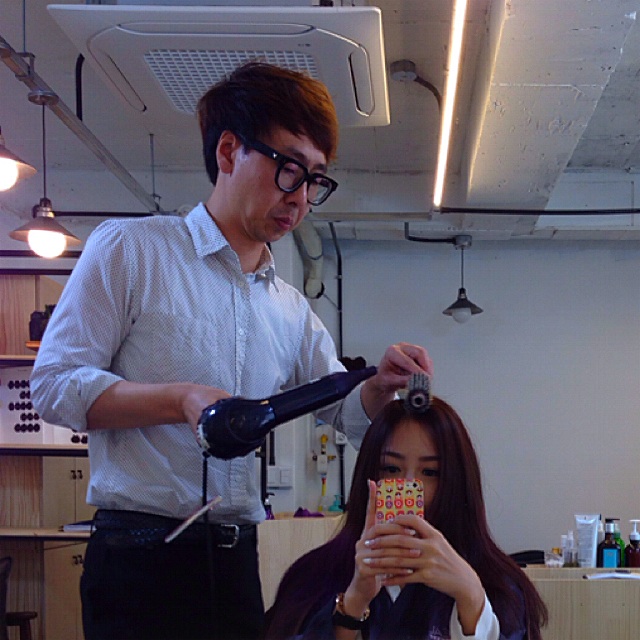 The hairstylist changed my parting which felt really weird. But I also paiseh somemore language barrier again maybe he did it purposely and I would be offending him if I asked him to change my parting back? 😧

Taken with Samsung nx mini, and most of my photos from now on will be cos.. My Olympus screen died again 😭😭😭

It's pretty touristy though but quite a nice looking street!

It started raining in the afternoon.. And carried on all the way til night time 😭

The team from istudio were supposed to shadow us and film us going about but we had to do a rain check! Wanted to go Hongdae at night but the rain was quite persistent, so we cancelled that.

Seeked refuge at a cafe.. This toast reminded me of After You so I had to order it! 😍 It's rice cake bread with ice cream and was so yum yum. 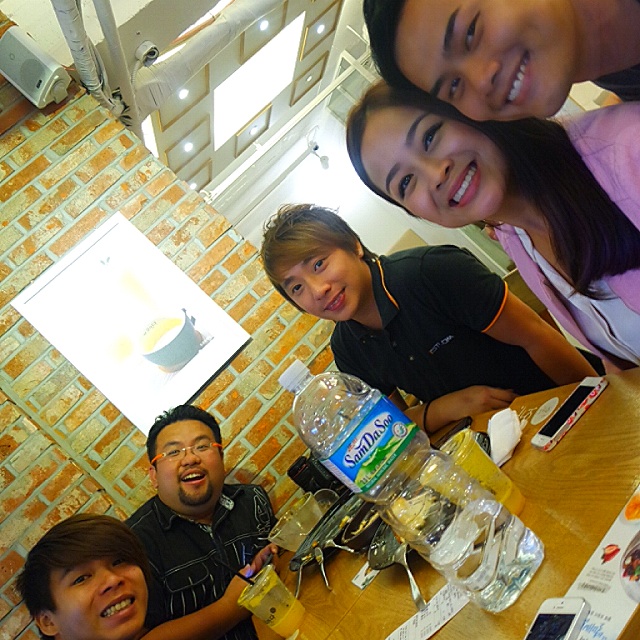 Me and my awkward hair parting, taking with Samsung Nx Mini again! The beauty mode really smoothens out the skin 😍 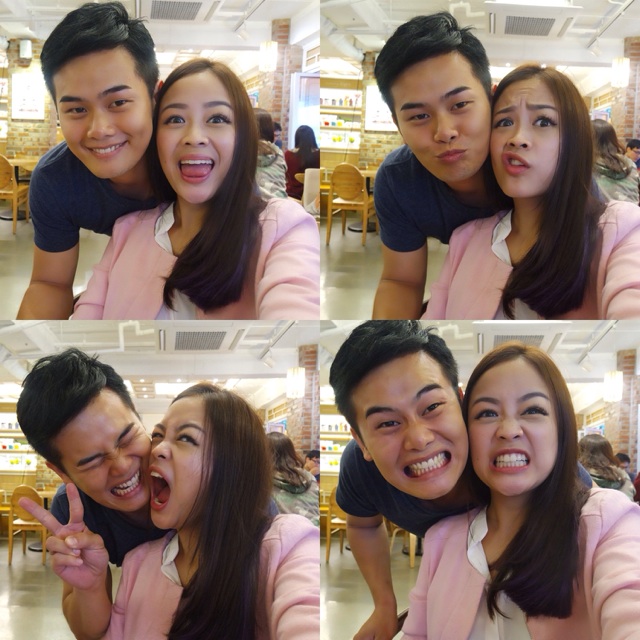 A series of selfies: there's a smile mode that snaps whenever smiles are detected! I figured it just "sees" teeth so we tried baring our teeth and it worked. 😬 Hahahaha.

There were lots of street food at Insadong too, including this sweet custard cake thing that looked interesting but we didn't try. Cannot eat too much junk before the shoot! Maintain. 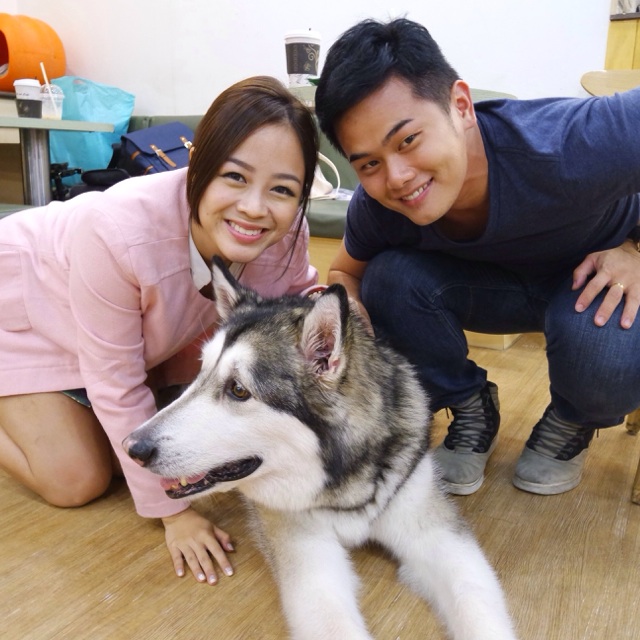 I brought the guys over to Bau House instead.. The dog cafe at Hapjeong! 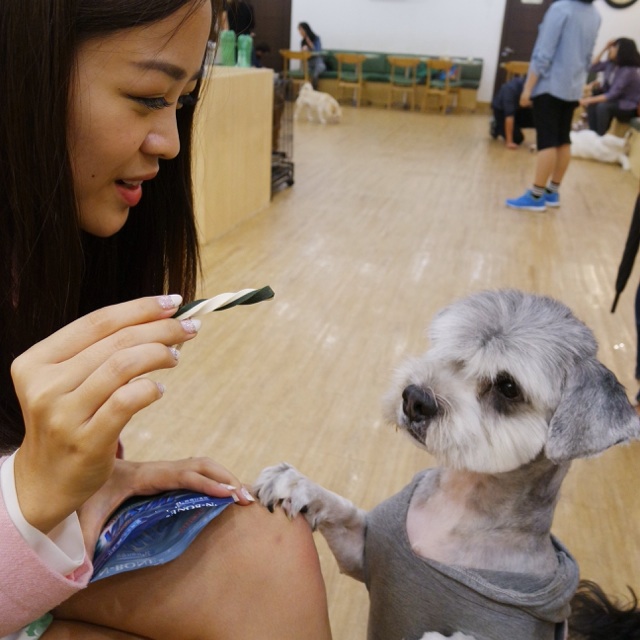 This schnauzer was soooo guai and cute!!

Yay I get a shot with the magnificent Malamute too! Isn't he a beauty? 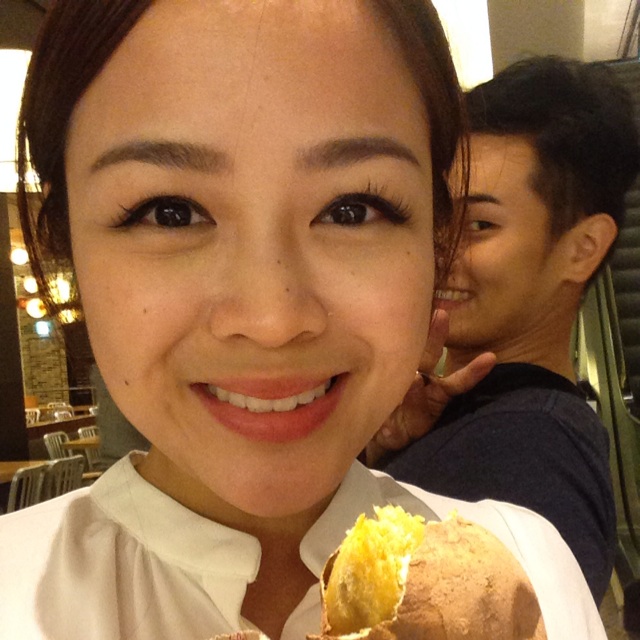 Our kind guesthouse owners drove us out and back for us to get our fruits, and we spent some time sitting in the living room together sharing some Korean rice cake and conversing about Korea and Singapore!

Lastly.. Saw the first edit of the videos that iStudio will be producing for our prewed shoot and it's SO NICE I WANT TO CRY. 😭😭😭

I'm too excited that I have to show you a pirated version first.. Will probably put up some snippets of the real video up on my Insta and blog once it's ready! 😍😍😍

I can't stay objective cos that's me and YZ in the video.. But what do you guys think of it?? 😱 OMG 我好像在拍韩剧的感觉leh!!!!!!!