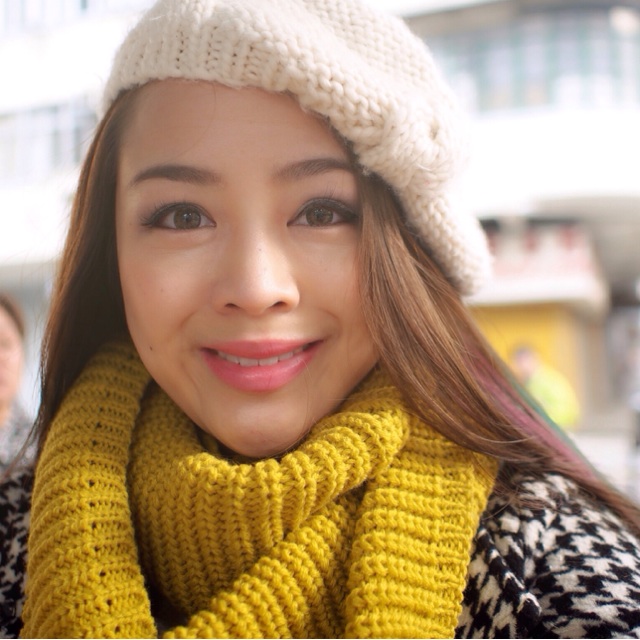 Zou san!!! Having dimsum for breakfast today at 稻香 but it's quite mediocre and I'm abit disappointed 🙁 I miss the super awesome porridge we had at Yau Ma Tei on my previous trip!

And also 菜心 is not in season now.. Sian! Cannot overdose on my favorite greens.

Randomly, I like my eyebrows and makeup today! Woke up after only four hours of sleep. Shall catch my winks on the mini bus later 😴

Today's itinerary is a lot of sight-seeing: we took a cable car ride to Lantau Island to visit Tai O Village and also some temple with a hugeass Buddha!

The cable car ride was really scenic, too bad the weather was so hazy/foggy, would have been even prettier if it was clearer!

Touristy shot with my family and aunts/cousin! We were more interested in buying the street food at Tai O than actually looking at the fishing village :0 They had this charcoal-cooked 鸡蛋仔 that was so fluffy and yummy when eaten fresh off the grill!

Street side food and unassuming eateries are the best. Mummy bought this random egg tart from opposite our hotel and it was sooooo yummy! Extremely flaky crust and the egg custard was melt-in-da-mouth!!!

So after Lantau Island, we popped by Citygate Outlet for an hour! I went to Furla again & bagged quite a steal: a leather bowler bag for only 300SGD cos there was additional 10% off!! Furla doesn't seem very popular in HK but I like some of their designs! 😊

For dinner, we went to Temple Street.. The super famous 四季 clay pot rice had a super damn long queue omg! So we went to the opposite one which had a much shorter waiting time.

Honestly tasted about the same to me cos I had the Four Seasons one during my last trip to HK. Yum yum.

By sheer coincidence, Gina had a couple of friends on holiday in Hong Kong too, so we met them for another meal nearby at Mido Cafe.

This cafe has been in operation since 1950?! And I believe that this very antique cash register is probably as old as the cafe itself!! 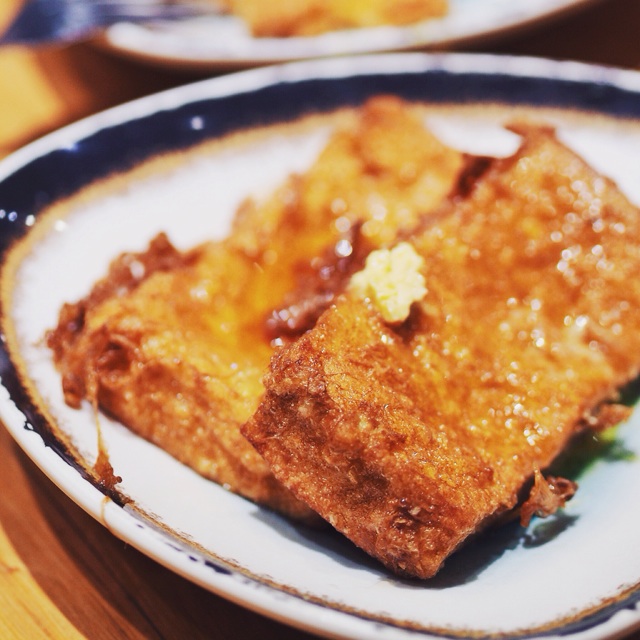 This French toast was recommended by @icyabstract! Mmmmmm tastes like home! My grandma used to make French Toast for us on Sunday mornings. That was before I even knew that this was called "French Toast"..! We had Condensed Milk Toast too. Too much eating… Too much 😵