here’s a slide show of pictures taken in Bologna, day 3 of Italy!

happy viewing! i think i might go into detail into what we did if i have the time. but meanwhile, enjoy the pictures 🙂

we had the best part of hiking in bologna,

what with walking a good 1.3km with heavy luggages bouncing on the cobbled walkway behind us, until we reached our pensione and realised that the lift doesnt go to the level of the pensione FML. good arm muscle training for future hiking endeavours.

AND we were misled into climbing the San Luca to get to the Sanctuary of the Madonna, which is a pathway “a gentle incline of 666 arches” but is actually an unbelievable 3.5km steep climb upwards -_- took us the better part of 3 hours to get up there and down again, lol.

the view was fantastic though and it was gorgeous 🙂

we woke up, bleary-eyed and puffy faces and prepared to depart from Florence to our next stop: Bologna!

looking for our train number/platform, Florence train station is hugeass and very crowded so it won’t do to get lost or go on the wrong train!
plus, almost everything is in Italian.

on the train! love italian trains, they have miniature litter trays, foldable tables, and even electrical outlets and radio jacks for you to stick earphones into. woon checking on her make up on the train!

lugging luggage around has become 2nd nature to us, we had to hoist our luggage on to the train,
and back down onto the platform after reaching the station, and all the way to the hotel (because smart alecks that we are decided to save money and figured walking shouldnt be too difficult)

off we go, lug lug lug down the streets. with our heavy backpacks/carry-ons and suitcases ):

after like half an hour later and 1.6km later, (i googled the distance we covered, D: 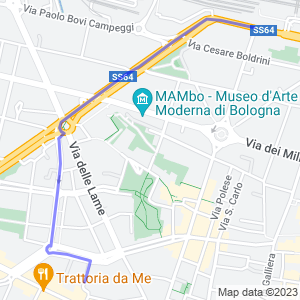 the lift looks like a cage in the stairwell!
it only fits like 2 persons by the way. and maybe 2 suitcases. all the lifts in most Italian apartments are puny and manual-operated (you have to close the door yourself, hahaha)

happily posing in the lift,
until they went up, and came down again after realising that the lift does not go to the 2nd story where the pensione is located ):

so we continued to lug our luggage up 2 flights of stairs and thought that we were home safe,
TMD, after we entered the pensione and checked in, we still had to go up YET another flight of stairs ):

have gotten very VERY good at all the heavy weight lifting. no sweat. next time i travel overseas, i’m pretty sure i can take the train to Changi Airport from home. Singapore is so easy to navigate. so many escalators and lifts, so few steps.

after having finally dumped all the heavy stuff in the hotel room,
we started on the sightseeing proper!

tour guide for the day: Fish

i dont know if we were unlucky, or it was because it was the off-peak season for tourists,
but half the sights we wanted to visit were all under restoration or renovation! ):

they actually print out a huge canvas with a blown up photo of the building and place it in front of the building hahaha. i guess it’s for those of us who travelled so far and wide only to see construction signs ):

best jump shot during the trip! i love this picture! hehe.

many red walls.
Bologna is distinctive for its signature red clay walls due to the scarcity of marble in the region, most of the buildings were built from red clay!

they have really cute little vehicles there, like this 3 wheeled lorry! dont know what it’s for, collecting rubbish or something. lol

yet another building under restoration/construction! 🙁 this one has a fake watercolor painting as its facade though!

i guess to most of us, Bologna is mostly famous for its bolognese sauce and maybe their football team,
but it’s actually a gorgeous place with many beautiful and quaint little churches, like this cloister of seven churches known as the Basilica Santuario di Santo Stefano

after visiting the churches which close at 1.30pm (if i remember rightly)
we decided to look for lunch and at the same time head over to the local street markets to sightsee!

ended up at a little restaurant called Terisina,
it’s supposed to be a local favourite for good cuisine!

tucked away into a little alley and very inconspicuous.

started off with a bread basket,
and followed by three pastas to share!

the authentic bolognese spaghetti, nothing we have locally tastes close! the sauce is awesomely yummy.
very meaty, rich and tangy!

on our side of the table, aini & i hungryyy

never realised that different cities in Italy have different local tastes,
the pasta we had here were very rich in egg content, very slippery and soft compared to the al dente sort we had previously!

ended off with a tiramisu (:

finished our lunch, and we decided to head to the next place of interest: San Luca of the 666 arches!

a cute little girl on the street (:

took the bus down to San Luca,

here we are at the start of the ascend. fresh faced, complacent. hahahaha.

we thought it’d be a nice gentle stroll.

off we went,
up up and away, walking under every arch (they have numbers on the walls so you know how far you are!)
we started at 300 something, and made our way slowly and strenuously to arch 666 -.-

look at the never ending arches behind us.

the view after 30 minutes of climb.
we decided that it looked abit like Singapore -_-

finally, light at the end of the tunnel.

we reached the church!

there was a mass going on. i wonder if those people make the pilgramage up the 666 arches everyday for mass.

view from the top 🙂

we sat and rested for abit,
before starting the descend, which was easier, but still a long long walk of 3.5km,

the sun starting to set and casting tall shadows across the walkway!

after which we took a bus back into town, did some shopping at H&M and went back home to have cupnoodles for supper before bedtime! what a tiring day of climing! and in unanimous agreement, we all decided to cab back to the station the next morning instead of trekking back with our luggages. LOL ):

the end!! next up is one of my favourite cities, venice! can’t wait 🙂
anddd. i use the olympus ep1. and photoshop. in case anyone felt the need to ask again.